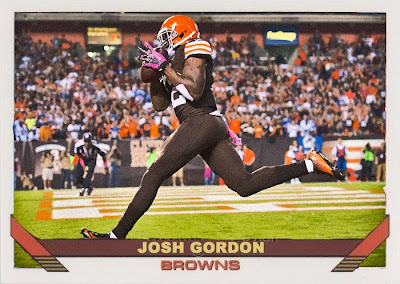 This one's a few weeks old, and it's from back when the Browns were still riding high on their streak (only in 2013, folks), but I'm posting it anyway. This Browns team is too quirky and fun not to go uncustomed.

I mean, I'm not saying they're playoff bound, because they had a few weeks where they were winning games left and right, and were really awesome. Josh Gordon had some nice touchdowns, and for whatever reason, the Browns played unlike the Browns.

Now, of course, they've come back to Earth, and they've continued playing like the Browns usually do: putting up a gallant effort and coming up short in the end. At least they had the beginning of the season. Also, at least they have more wins than Tampa.