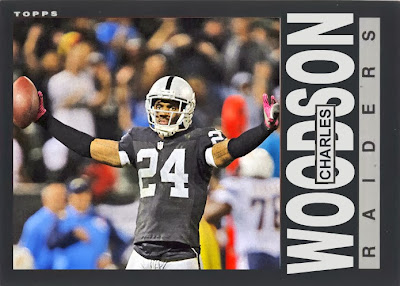 Today, my dad is out in East Rutherford, hoping his Raiders will be able to do to the Giants what everybody except for two teams has done to the Giants. Meanwhile, I'm stuck at home, with a crappy throat, a load of homework, and a crisis I doubt I'm ever gonna share with you people. I'm just in a really crappy mood today, and I don't know that football's gonna save it. At least it'll try.

Let's get on with the predictions.

Seahawks vs. Falcons:
Who Should Win: Seahawks. The Hawks, while not absolutely killing it, are still playing really, really well this year. Russell Wilson is becoming one of the best young quarterbacks, and the offensive line is still strong on a consistent basis. We're looking at a playoff team if they keep it up. They'll probably win today.
Who will win: Seahawks. The thing about the Falcons is that while they were very close to being a Super Bowl caliber team last year, they really had nothing to put themselves over the edge. This year, whoever they had that was good enough to take them to the NFC Champs have already left, and they have a diminished, weaker, not-as-good squad. The Seahawks are probably going to prove that today.
Overall: Seahawks over Falcons.

Lions vs. Bears:
Who Should win: Bears. They're coming off a victory over Green Bay, and they still have everything they began the season with, with the exception of Jay Cutler and a few other guys I'm forgetting. Cutler may have been the biggest piece for them, but last week they proved they can win without him.
Who will win: Lions. Yet, the Bears probably won't do it again. The Lions, even though that division is deadlocked, will probably come out on top, despite their recent slump. Stafford's having a really nice season, too.
Overall: Lions over Bears (oh my!)

EAGLES VS. PACKERS (aka Jordan Team 2 vs. Jordan Team 1):
Who should win: Packers. Right now the Packers have the more superior record, and they have the more consistent team. What they don't have is Aaron Rodgers, which might make today a very, very hard game to win, especially considering how much the Eagles want to win today. It'll be close, but in terms of who I want to win, the Packers.
Who will win: Oh gosh, this is tough, because you have a flawed team against a great team with Seneca Wallace at the helm. I'm giving this to the EAGLES, surprisingly, because I'm not entirely sure that Seneca can pull this off. I'm not saying that it's likely to happen, I'm saying that it's probably going to, though I could be WAYYYY off. I don't care.
Overall: Eagles over Packers. Really.

Jaguars vs. Titans:
Who should win: Titans
Who will win: Titans.
Come on, make it hard, guys!
Overall: Titans over Jaguars, a million to 0.

Rams vs. Colts:
Who should win: Colts. They have the stronger team, the better record, and a surging Andrew Luck. Besides, their team should not by any means be working; a team full of young, underdeveloped stars are having a nice record right now. And that should continue
Who will win: Colts. Right now, the Rams are slowly beginning to come down from the early season pedestal, and the Colts are beginning to take action. So, if the Rams play exactly like they've played in the last few weeks, this should be another victory for Luck.
Overall: Colts over Rams.

Raiders vs. Giants:
Who should win: Raiders, because my dad is there, and I really don't want him to be disappointed.
Who will win: Giants, because these are the Raiders we're talking about here.
Overall: Giants over Raiders. This'll be a very depressing car ride home.

Bills vs. Steelers:
Who should win: Oh gosh, this matchup is so boring. I'll just say the Bills here, because they had a lot of potential, and they won the last time they played. And I really don't want the Steelers to win this one, because the Steelers are worse than death, and blah.
Who will win: Steelers, because absolutely nothing goes the way I want it to.
Overall: Steelers over Bills.

Bengals vs. Ravens:
THERE WE GO! THERE'S A TOUGH MATCHUP!
Who should win: Bengals, because right now they are one of the best teams in the AFC. They have one of the best quarterbacks, they have a great offense, and they are doing practically everything right. If everything goes according to plan today, Dalton should get another win, and he deserves one at this point.
Who will win: Bengals, although I see this becoming a very close game. You have a team that defined last season going up against one of the best teams from this year. Of course it will be close, as both teams have so much to prove, and both teams really need a win here, as it will impact the rest of the season. Honestly, the Bengals are probably going to win either in overtime or on a blown ref call. Or I'm really wrong here.
Overall: Bengals over Ravens. By a chinhair.

Panthers vs. 49ers:
Who should win: Niners. Forget for a second that these are the same Panthers that defied all odds and actually started being good this year. Forget that for a second. They are playing the Niners, and this is a team that is every ounce as tough as they were last year. Every goddamn ounce. This should be another victory for a Harbaugh.
Who will win: Niners. I really have nothing else to say here, so I'll say that if you want a real treat, find Jim Harbaugh's Sound Effects reels from NFL Network. Whenever they wire that guy, it's gold, because 75% of it is him yelling. My fave: "Delay of game?!?!?...........WHAATT!?"
Overall: Niners over Panthers.

Broncos vs. Chargers:
Who should win: Broncos. Even if everybody's beginning to get injured, and even if they may not be as awesome as they were when the season started, they are playing a team that they can definitely beat, and they are still the Denver Broncos.
Who will win: Broncos. As okay as the Chargers are, this is Philip Rivers in a good season, taking on Peyton Manning in any season.
Overall: Broncos over Chargers.

Cowboys vs. Saints:
Who should win: Saints, because they are so much better than the Cowboys. You have Drew Brees, who is a borderline Hall of Famer, you have a great offense, a great defense. And this is going up against Tony Romo, and a bunch of people who think they're great because they have a better record than the Eagles.
Who will win: Saints. See above.
Overall: Saints over Cowboys.

So, those are my predictions. Hope at least half of them are right.
Posted by Jordan at 11:14 AM