In which Dan Haren attempts to reclaim his former glory... 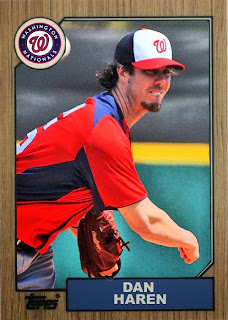 ...by signing with the Dodgers.

Overall, a pretty nice deal for both parties. This means that, once again, Haren will be a part of a super-rotation. I'll list the ones he was already a part of.

Haren's just used to it, I guess. However, this season, if the Dodgers want to hit the postseason again, Dan Haren needs to be brilliant. And by brilliant I mean so much better than he was this season. He needs to go full on awesome like he was back in 2008 and 2009, or that era.

Posted by Jordan at 6:48 AM
Labels: Dan Haren, Dodgers, Nationals