The 2017 All Star Game Rosters: Where There's Smoak, There's Fire 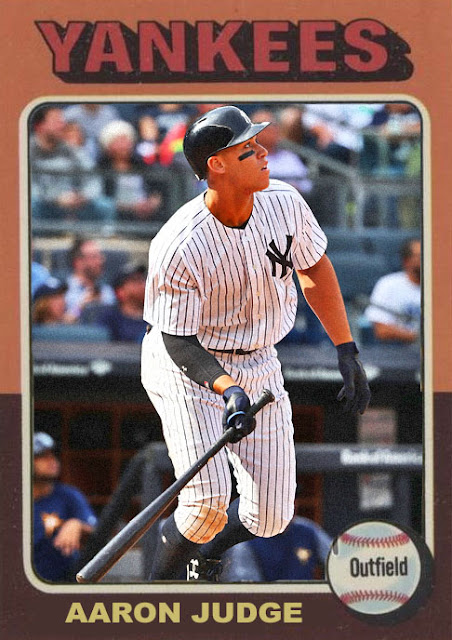 Okay, so before we get to the usual, yearly, 'let's have Jordan go ballistic over the ASG rosters because it's a weak month' coverage, I've got a little mini-rant to get over with.

So I was watching the Yankees-Astros game today, because I'm a glutton for punishment. And I'm listening to the atonal announcers going over how overhyped the Yankees are, and blah blah blah. And they're talking about a mid-year meeting AJ Hinch held today, where he brought the whole roster over and talked about finishing the half strong.

At which point the announcer mentions that Hinch also took the opportunity to celebrate the umpteen finalists for the All-Star Game.

So...let's back the hell up for a second.

So let's back up even FURTHER. Every single active member of all 30 teams knows who is going to be named to the All Star Teams. HOWEVER, the baseball fans, the viewing public, the common folk who voted for the All Star Game, and who the All Star Game is DIRECTLY FOR...DON'T GET TO KNOW THE ROSTERS UNTIL ESPN ANNOUNCES THEM (WITH COMMERCIALS) AT 7 PM.

So the fans essentially have to wait 8 or 9 hours to find out the rosters that are basically FOR THEM, during a telecast made FOR PROFIT by ESPN and Tim Kurkjian's summer home fund. And I'll remind you all yet again: about 7 or 8 years ago, everyone would find out the All Star Rosters when the managers simply posted them online, middle of the afternoon. It still BAFFLES me that the roster announcements have become needlessly bastardized, and needlessly dragged out.

Right. Mini-rant over. Onto the actual ASG rosters. We'll start with the American League.

Okay, hold on, hold on. We're literally one name into the ASG rosters and I have to go on another rant. Because Justin Smoak is having a very lucky, very fluke-y season for a last place team, and he's only a starting 1st Baseman for the All Star Team because the Blue Jays fans WILLED IT SO. By definition, if we're going for an ALL STAR pick, I'd say Eric Hosmer deserved it more. I don't think Smoak deserves this spot.

2B: Jose Altuve, Astros. Would have gone with Castro or Cano, but can't necessarily be unhappy with Altuve. Which means...
SS: Carlos Correa, Astros. Yes, this is definitely a thing that makes sense.
3B: Jose Ramirez, Indians. Yeah, this season he's outdoing that whole lineup, and I'm glad he got this spot. Again, I'd partially question Ramirez' 'star power', but he's proven himself a TON more than someone like Smoak. Also, I kinda would have gone with Miguel Sano.
C: Salvador Perez, Royals. Again, this is kind of a no-brainer.
OF: AARON JUDGE. THERE WE FRIGGING GO. This is so well-deserved, and I'm so happy to see it realized.
OF: Mike Trout. Well, duh.
OF: George Springer, Astros. Happy for him, though I would have gone with either Brett Gardner or Mookie Betts.
DH: Corey Dickerson, Rays. Like Smoak, a really odd choice for an ALL STAR GAME, even if he is hitting pretty well. Should have been Nelson Cruz,...fine, or Matt Holliday.

Pitchers:
Chris Sale, Red Sox. Yeah, if he didn't make it, there'd be riots. Chances are he's starting, too.
Dallas Keuchel, Astros. I think he's healthy now, but I sincerely hope he gets to pitch in this.
Ervin Santana, Twins. Yeah, with his season it'd be hard to ignore him.
Jason Vargas, Royals. Of frigging course. He's having a tour de force season.
LUIS SEVERINO, Yankees. LOVE THIS PICK. Glad it's happening.
Yu Darvish, Rangers. ONLY RANGERS REP. WOWWW...
Michael Fulmer, Tigers. Insanely well deserved.
Corey Kluber, Indians. Yes, with his dominance, it's a deserved nod, but I would have also added Carlos Carrasco.
Lance McCullers, Astros. I feel like he's still injured, and there might be a hastily-pegged replacement coming here.
Craig Kimbrel, Red Sox. Yeah, he's kinda the best closer in the AL.
Dellin Betances, Yankees. This makes his 4th or 5th ASG nod, which is awesome.
Andrew Miller, Indians. Another DESERVING reliever. It's a breath of fresh air that we don't get a manager that adds 7 or 8 unnecessary relievers.

Reserves:
C: Gary Sanchez. Well, yeah. Of frigging course.
1B: Yonder Alonso, A's. A slight bit skeptical of this being a fluke, but as the A's only nod, it's a bit more understandable than a Sean Manaea appearance.
2B: STARLIN CASTRO, YANKEES. Only thing is he's been on the DL as of late, and they'd probably need to replace him. To which I might suggest...ROBINSON CANO. I actually would have suggested Jonathan Schoop, but:
2B: Jonathan Schoop, Orioles. Y'see? They're one step ahead of me. Sad that Schoop's the only Baltimore rep.
3B: Miguel Sano, Twins. Should be starting, but good.
SS: Francisco Lindor, Indians. Not as good as last year, but he still deserves the nod.
OF: Mookie Betts, Red Sox. Should be starting.
OF: Avisail Garcia, White Sox. Only Southsider on the roster, and a foregone conclusion.
OF: Michael Brantley, Indians. Deserves it. Hopefully he'll be off the DL by that point.
DH: Nelson Cruz, Mariners. Should be starting.

1B: Ryan Zimmerman, Nationals. Jeez, he's been around this long and this is his FIRST starting role? Wow. Good for him.
2B: Daniel Murphy, Nationals. Another well-deserved Nat starter.
SS: Zack Cozart. WOW. Did not expect this one. To be honest, the NL SS crowd was pretty weak, so as much as I voted for Corey Seager, this is a nice enough choice.
3B: Nolan Arenado, Rockies. As much as I'm pissed that this isn't Kris Bryant, he's still a good pick.
C: Buster Posey, Giants. Yeah, another obvious one.
OF: Bryce Harper, Nationals. YEAH, NO DUH.
OF: Charlie Blackmon, Rockies. With the season he's having, it's well-deserved.
OF: Marcell Ozuna, starting in the outfield for the SECOND YEAR IN A ROW. Good for him.

Pitchers:
Clayton Kershaw, obviously.
Max Scherzer, also pretty obviously.
Robbie Ray AND Zack Greinke. So far so good.
Carlos Martinez, Cardinals. Don't exactly agree, but alright.
Stephen Strasburg, Nationals. YES INDEED.
Kenley Jansen, Dodgers. Of course, one of the best closers in baseball.
Greg Holland, Rockies, having an AMAZING season.
Wade Davis, Cubs. Surprisingly the ONLY Cubs addition, after a WS season. This is a problem.
Brad Hand, Corey Knebel, Pat Neshek- Yeah, Joe Maddon was a bit more Yost-like in picking this staff, and while Hand and Neshek aren't exactly ASG caliber, they're the only reps, and they're the only ones doing any positive progress. Knebel should NOT be the Brewers' only rep, as somebody like Eric Thames should be there.

Reserves:
C: Yadier Molina. Honestly, I fear like they're doing this for the legend, and not for his 2017 season. Though there aren't many better options for catcher in the NL.
1B: Paul Goldschmidt. Arguably should be starting. Man, this guy's just had terrible luck.
1B: Joey Votto. Uh, yeah.
2B: DJ LaMahieu, Rockies. Again, deserved, but feels slightly obligatory.
2B: Josh Harrison. Only Pirate, which sucks for Nova and Cutch.
3B: Jake Lamb, Diamondbacks. Yeah, makes sense.
SS: Corey Seager, Dodgers. Of course.
OF: Cody Bellinger Dodgers. Yeah, the NL needs their own version of Judge to fight.
OF: Giancarlo Stanton, Marlins. Arguably should be starting over Ozuna.
OF: Michael Conforto, Mets. Only Met, and a nice one.
OF: Ender Inciarte, the only Brave, because...apparently Joe Maddon forgot that Freddie Freeman exists?

So, those are some rosters. Neither are perfect. A few picks infuriated me.

Are the final man nods.

...crosses fingers for Didi and Bryant.
Posted by Jordan at 9:10 PM

Labels: 2017, Aaron Judge, All Star Game, allow me to explain why this pisses me off, argh, Jordan is mad today, Ranting, woe is me