Somebody Has to be in Second 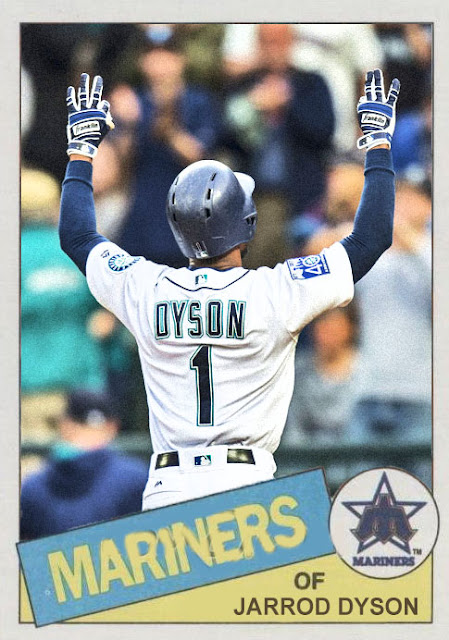 The AL West and the NL East are very similarly structured this year. They're both 'one guy in first, and everybody else towards the back' divisions. I'm not saying this to discredit the 2nd-place Mariners, but if you're in second place, you should be doing better than a 50-51 record.

It's odd, because this is a pretty great Mariners team this year. Cano and Cruz are playing well, as per usual, but the throng of new kids, like Mitch Haniger and Ben Gamel, as well as a truckload of acquisitions like Jean Segura, Danny Valencia and the guy at the post, Jarrod Dyson, are powering this team. Dyson's not even having the greatest offensive season, but his defensive capabilities, and a ton of other tiny statistical details are what's keeping his WAR so high.

The Mariners have enough momentum to keep them momentarily higher than the Angels and the rest of the gang, but not enough to propel them further past .500. They've made a ton of mistakes, and their parade of injured pitchers is probably the biggest flaw. Even if everybody's starting to come back, and even if Ariel Miranda's been doing pretty well for himself, the flaws existed for long enough to hinder the Mariners' season, and I'm not sure if they can fully come back from it.

Still, they're a fun team, and it's nice to see them in second.

Coming Tonight: This weekend marked the end of Shark Week, so here's a guy they call Shark.
Posted by Jordan at 7:52 AM
Labels: Custom Cards, Jarrod Dyson, Mariners