Elvis Has Left the All Star Rosters 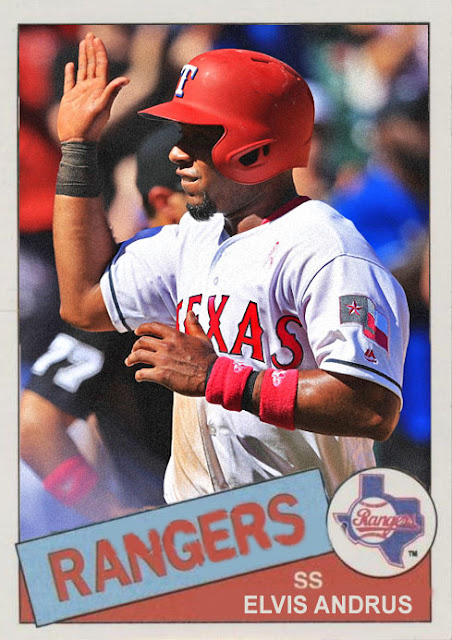 Yes, the Rangers aren't great this season, but I wasn't expecting just one nominee. I thought it'd be more than Yu Darvish. Especially considering that, like usual, Elvis Andrus is playing really, really well.

The guy's been playing for nine seasons, he's gotten a ton of stolen bases, a ton of hits, he's been to the World Series twice, and he's ONLY 28? That is some skill. He may not be one of the most statistically impressive player in baseball, but he's been a strong anchor for a team that's been blowing a bunch of different ways over the past few years. This year he's already hit a career high for home runs, he's already at 50 RBIs, he's already at 100 hits, and he's already got a 300 average. So he's on pace to do some great things in the rest of 2017.

Somehow he didn't make the ASG though, which is kind of confusing. Like, he's playing better than Francisco Lindor, and he made the team. I feel like nobody in the next few days is gonna make room for him, either. So while he's having a great season, it's not necessarily being realized in league voting.

The Rangers aren't gonna do much this season. That's been established. But Elvis Andrus could still make a name for himself climbing up the charts.

Coming Tomorrow- Speaking of shortstops, a guy who DID make the All Star Team...and should be starting.
Posted by Jordan at 9:46 PM