The Air's Thinner Than The Lead 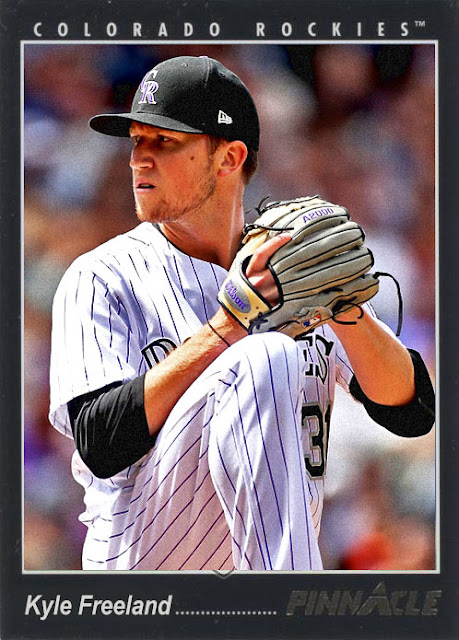 There was a Sports Illustrated article recently about pitching in Denver, and how they've tried everything in recent years to keep pitchers from getting chewed up. This year, they decided to try raw talent- Kyle Freeland, Jeff Hoffman, Antonio Senzatela, German Marquez, Tyler Chatwood and Jon Gray are all doing pretty damned well in Denver this year. True, Chatwood and Gray's ERAs are leaving a bit to be desired, and Senzatela's spending some time in AAA to spruce things up, but this is the first time in years that a legitimate collection of talent has been thrown into one Colorado rotation.

The Rockies have the interesting position of being right there with most of the competing NL teams...but still being 10 and a half games out of first. It's an odd position, because they're a great team, and are doing awesome things this season, but aren't even close to catching the Dodgers. They're already just working for a Wild Card spot, which...again, they basically have, unless the grand Cubs comeback that we're all secretly hoping to happen just shows up and clobbers them in September.

Freeland, Nolan Arenado, Charlie Blackmon, Mark Reynolds and a host of others are making the Rockies watchable in a season where they didn't have to be. I'm just happy that there's at least some progress.

Coming Tonight: The Red Sox closer.
Posted by Jordan at 10:30 AM