"The Price is Wrong, Bitch!" 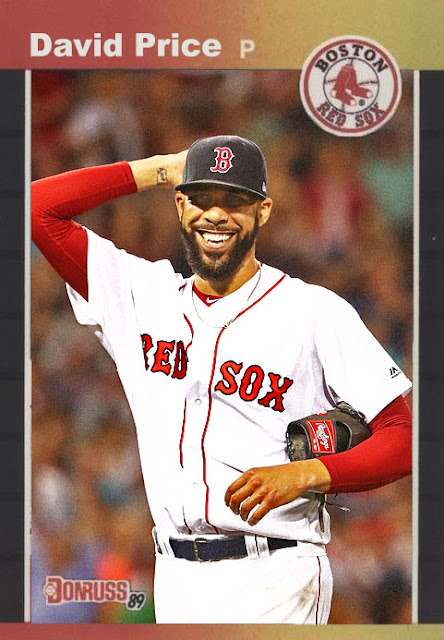 Okay, I'm pretty sure I've used that line a million times since starting the blog, but today I think it makes a bit of sense.

See...David Price and Dennis Eckersley...don't seem to like each other all that much. There's been this petty brawl between the Sox lefty and the former Sox reliever going on over the last week or so, over some small stuff that honestly shouldn't have incited a petty brawl. One person's calling the other classless, the other says the one should show their face, and it keeps going back and forth. It makes sense that it's happening in Boston, because Boston's the birthplace of meaningless disputes.

The Price-Eck feud is made even more relevant considering the fact that right now, I'm sitting in a beach house in Barrington, Rhode Island, in the heart of Sox country, and this is all the sports fans seem to care about. Not how well the team's doing, not Chris Sale's Cy Young caliber season, not the fact that the Sox just completely STOLE Addison Reed from the Mets, but this...for lack of a better word, bullshit, between a broadcaster and an overhyped lefty. Price isn't even having a terrific season, at least not by David Price terms, and Drew Pomeranz and Chris Sale are out pitching him. So if this is his idea of jumping back to relevancy...WHY?

I mean, I get that the Sox are in second, and they need anything they can get to stay popular, but this isn't really the way. Continued bad publicity like this will ensure they wind up in third rather than back in first. And it'll ensure that Price never has a grade-A season ever again.


I'd like to point out that while I am in Rhode Island, a good 45-minutes from Boston, in a beach house with relatives who've never been to Fenway...that I actually hadn't even begun thinking about a pilgrimage. Hm. That WOULD be a good idea...

Coming Tonight: His team's beginning to get picked apart by buyers, and he's the last healthy young starter they've got left.
Posted by Jordan at 11:36 AM