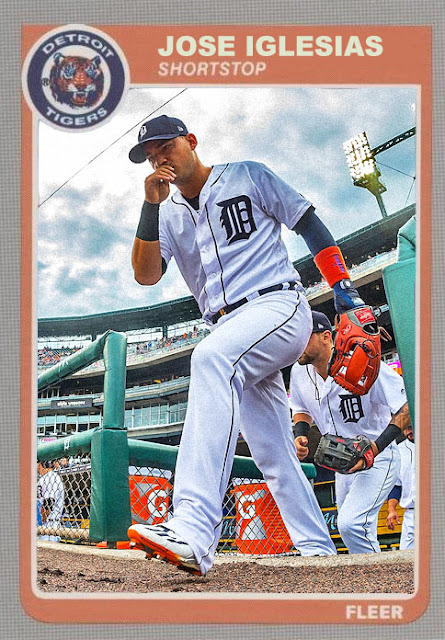 Last place in the AL Central. Not quite what I was expecting from the 'new and improved' 2017 Detroit Tigers.

I mean, if you're just gonna do the same thing every year, there's no point in trying with the whole 'new and improved thing'. They've got the same core lineup as usual, and it's even less potent than it was last year. People like Justin Upton, Alex Avila and JD Martinez are doing well, and Michael Fulmer is still one of the best young pitchers in baseball. But the heart of this team is tired and aged, and people like Jose Iglesias, Nick Castellanos, James McCann and Victor Martinez are just not cutting it.

It's just sad to see someone like the Tigers, who were once the best team in the AL, just get too lazy and cold for their own good.

Coming Tomorrow- A first baseman for my least favorite team other than the Blue Jays.
Posted by Jordan at 10:37 PM