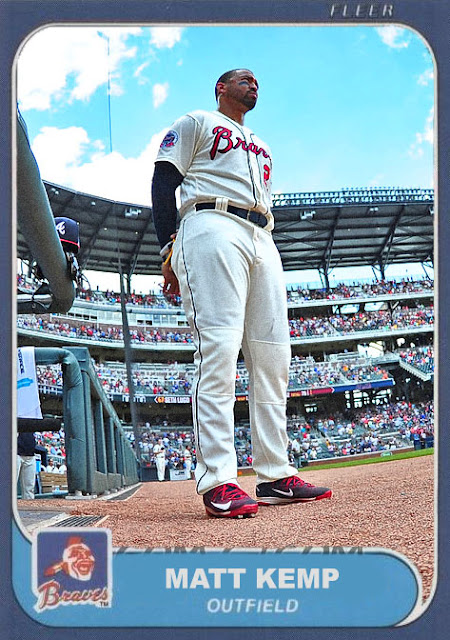 Last year, around this time, Matt Kemp found himself swapped from one bad team to another, in the hopes that his career wouldn't be completely doomed. Now...he's doing pretty alright for himself.

True, the Braves are still a flawed team, and even the youthful additions of Dansby Swanson and Rio Ruiz haven't exactly done jack shit for the team, but the veterans, especially Freddie Freeman and Matt Adams, are succeeding in droves. Kemp's presence on the team brings a steady bat, much steadier than the last few years, and someone who can perform in the clutch. With so much going on in Atlanta's lineup, the fact that Kemp's being relied upon less is a good thing, as he's part of a unit rather than a standout star.

The Braves are an odd case- they're doing well in the standings, but there's no chance of them catching the Nationals, and the deadlock between them, Miami and New York still stands strong, with all three teams sort of blocking each other. Calling the Braves the best of the three is a lot like saying the first Transformers movie is the best one- yeah, it's a statement, but it's barely a compliment.

With the departure of Jaime Garcia, and...maybe one or two other departures, the Braves will be given the necessary tools to finish strong, though not necessarily on top.

Coming Tomorrow- Sports Illustrated foretold the rise of this guy's success down a T- now hitting home runs left and right and bringing his once-limp team back to relevancy.
Posted by Jordan at 10:19 PM
Labels: Braves, Custom Cards, Matt Kemp