AL Wild Card: So Much For That 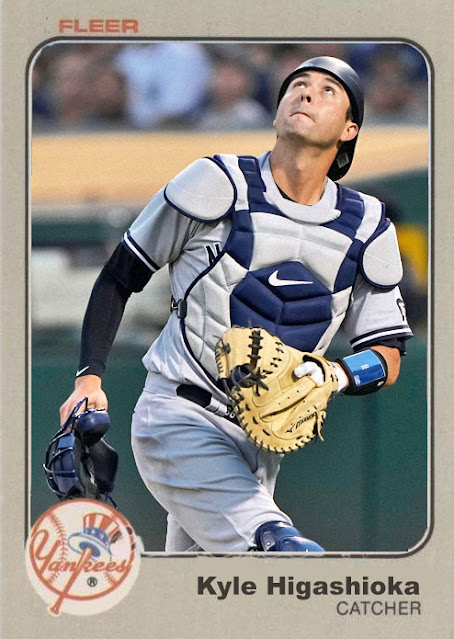 Well I'm glad we got the heartbreak out of the way on literally the first day of the playoffs.

I wanna go back and examine the science of how the Red Sox got that higher seed, and therefore home field advantage last night. Because we had the same record, and the Yankees won their game first, and that means it probably went down to who had more wins over the other, and...look man, maybe a lot of those wins were in May or June, back when the script was kind of flipped for both of those teams.

Am I saying that the 6-2 loss wouldn't have happened if we were in Yankee Stadium, and maybe had competent umps? Yeah, I am. Somebody pulled up a stat last night that two of Giancarlo Stanton's singles in Fenway would have been homers in Yankee Stadium. Also, Cole getting beat up is probably the result of him facing a bloodthirsty away crowd. So the smallest of stats dulled our best hitter and best pitcher, and gave the win to the Red Sox.

...What I'm saying is that if somebody sifts through all the close Yanks-Sox games that the Sox won and all of them were down to an Angel Hernandez call, I wouldn't be surprised.

I'm whining. Of course I'm whining. The Red Sox, at the end of the day, are the better team, and also the luckier team. The Yankees were very okay this whole season and had spurts of greatness. The Sox were a good team this season that had spurts of terribleness. Clearly, the actual good team is gonna win in a one-game playoff, unless something goes terribly wrong. And what can I say? Nate Eovaldi showed up, the offense got the best of even some Yankee titans, and it wasn't much of a contest. I can't really say we were robbed, at least not in the circumstances we were left with last night.

And so here we are. We have an AL bracket where three of the teams are ones I would rather not win anything, and also the White Sox. My best case scenario for all of this is a White Sox-Rays ALCS. Just flush out the Astros and Red Sox, take the pain away. I'm not gonna love it if the Rays repeat, but it's better than a lot of the other outcomes here. All of the fun options are in the NL, at least as long as the Dodgers win tonight.

I no longer have a horse in this playoff race. So, uh...go White Sox, I suppose. And the Brewers, I dunno, a friend of mine started working for the Brewers this year and I want him to enjoy himself.