The Stars Are Out 2021: July to September

Before we get into the postseason, we have to wrap up the regular season's Stars are Out customs, based off of cool gets for first pitches at MLB stadiums. Seeing as we're starting with July, how about the fella that threw out the first pitch at the All Star Game, Peyton Manning. My fun Manning claim to fame is that I was present for the last football game Manning ever played, Super Bowl 50. Always had a lot of respect for him, glad he's made a decent enough career for himself as a TV personality. 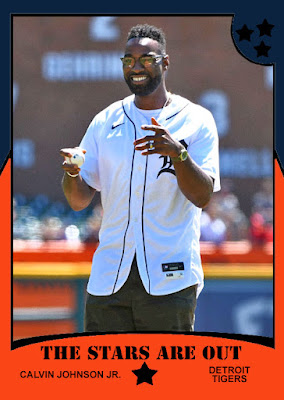 Speaking of recent NFL Hall of Famers, here's Detroit Lions defensive legend Calvin Johnson, still a legend in Detroit, even if his career may have been shorter than the average NFL career. I'm glad Megatron still gets the crowd going over there. 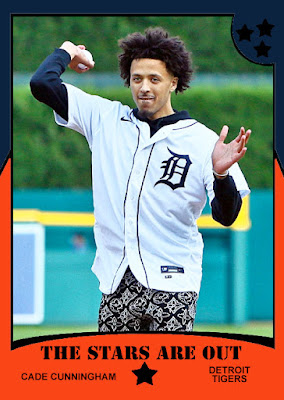 Onto another sport, Cade Cunningham was the first pick in the 2021 NBA Draft, and the Pistons seem to have a lot of faith in this guy to turn the team around. Hopefully he's the guy to do it. 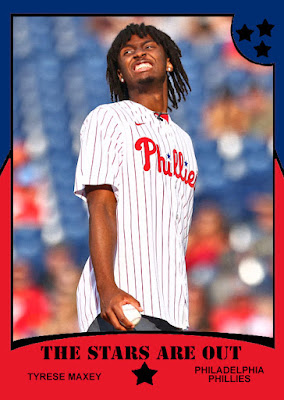 Alternatively, Tyrese Maxey came off a fantastic 2021 playoff season off the bench for the Sixers, and is slowly becoming a major figure on the team. In Simmons' absence, we need to cement our beloved Sixers, and hopefully he keeps those numbers going. But yeah, great to see him pop up at CBP. 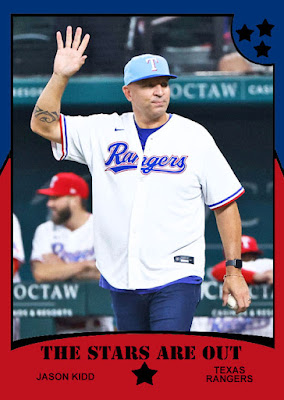 And in the category of NBA legends, here's Jason Kidd, who won an NBA title with the Mavericks and is now suiting up to coach the Mavs, after...coaching the Nets went so well for him [sidenote, can ANY hall of fame NBA player make it work as a coach in New York?]. He's still a hero in Texas, he's still feeling very optimistic, and hopefully the Mavs do better than the Rangers this year. 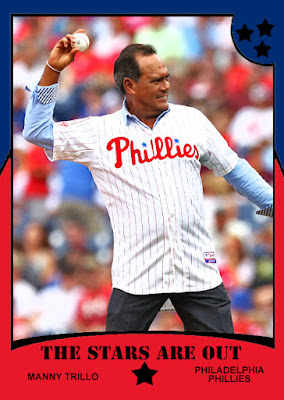 I did have an MLB one in here as well, and that's Manny Trillo, Phillies legend who was inducted into their wall of fame this summer. Kind of a cool, fringe Phils hero to showcase. 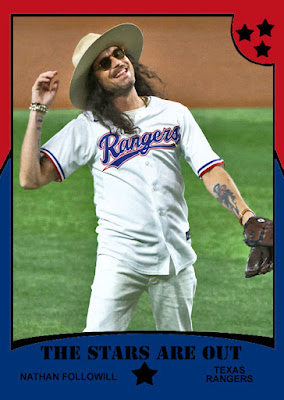 Moving towards some cooler pop culture ones...there wasn't many this stretch, but there were some. Nathan Followill is the drummer for, and one of the charter members of, Kings of Leon, a relatively cool rock band that's having a pretty decent 2021 despite some personal woes. 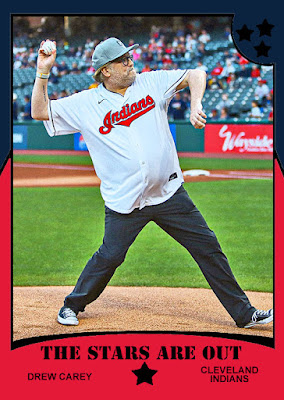 Here's the big one for me. Drew Carey is a comedy legend, has been hosting Price is Right for almost 15 years, and ruled my childhood as the host of Whose Line is it Anyway. He's also famously a very big Cleveland sports fans, and got in one last first pitch for the Indians before the Guardians name change takes effect next year. This was probably the coolest one for me to make.

That's all we've got for now, maybe there'll be some cool ones for the postseason.