Championship Series Day 5: An Obligatory Testimony from the Opposition 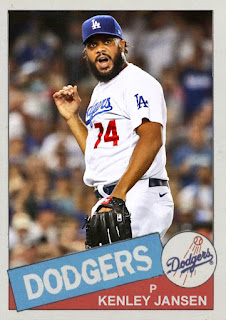 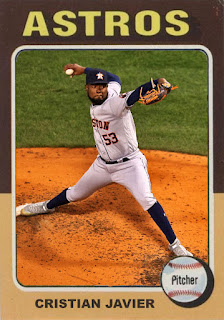 I said yesterday that both series' would be battles of which bullpen could go the longest without making the mistake. Suffice to say, the Braves and Sox bullpens evened things up yesterday, culminating in two ninth innings that blew the game up entirely.

First of all, Braves-Dodgers. Seemed like a game of inches for the longest time. Corey Seager has his bomb, the Braves throw some points up and make it 5-2, and it just...stays there, palpably standing, waiting for someone to just do something. Like in the Sox game, the lead wasn't deep enough where you could turn off the set. While some Dodgers fans left before the Bellinger homer, there was still this chance that something could happen, and it certainly did. Getting all of this done in bottom 8 and leaving top 9 to Kenley, with some very easy lineup pieces batting, was just a wonderful twist of fate. Cause now all Kenley Jansen needed to do was just...do his thing, and that he did. While this has been a stronger year for Jansen, you still get the specters of past years of blown saves clouding what could be an easy opportunity, and I'm glad he can still be efficient in these situations.

So, Braves are still leading, but they're the away team and the Dodgers are juuust gaining momentum. This could be very tricky for them.

As for Boston...look...we need robo-umps. We just do. Angel Hernandez is one thing, but this guy was messing up all night, the media was REPORTING that he was messing up all night, and his mistake in the ninth led to the Astros coming back and winning the game. Meanwhile, all anyone can say is 'well, I guess it was a ball'. Bullshit. The ump got it wrong and cost the Sox the game, and put Jason Castro in position to score the RBI, and lead to the battering of the Sox bullpen. Meanwhile Manfred shrugs because...I'm beginning to think he actually wants the Astros to succeed, seeing as he only barely reprimanded them.

If the Astros come back and win this series, people will point to this game. Which should have been a Boston win. I never thought I'd be vouching for Boston this much, but here I am.

Tonight, at least one team will take a 3-game lead. Please, PLEASE, do not let it be the Astros.