We've Got a World Series Matchup, and, uh... 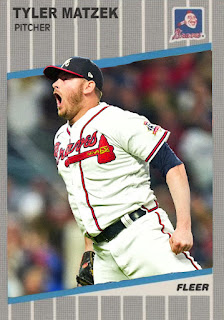 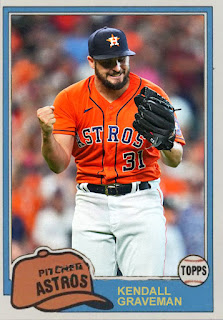 My worst fear for this playoffs was an Astros-Cardinals series. Clearly, this is not that. The Cardinals lost the Wild Card game, that wasn't gonna happen. But...any attempt to stop the Astros by great teams like the Red Sox and White Sox was futile, because the Astros had built up so much momentum that not even human starts by Luis Garcia and Zack Greinke could stop them. The Sox had a lead, the Astros won 3 straight, and that was it. There was always going to be that possibility that the Astros had a easy path to the World Series.

What I wasn't sure of was whether or not there was anyone in the NL that could stop them.

Going into the playoffs, I was thinking the Brewers were heading to a World Series, by the strength of their rotation, and the contact ability of their lineup. I just thought they were gonna dominate, and they'd be a match to Houston. But then the Braves beat them. Then I figured the Dodgers were gonna waltz all the way to the end on their payroll and strength alone, and their big-game mentality, like Chris Taylor and his 3 home runs, would obliterate Houston as payback for 2017.

But then the Braves beat them. Which made me think...holy crap, are the Braves gonna be able to take Houston?

This is a thought I couldn't have had in August, when this team was still scraping by and trying to advance. When they had no outfield, I just couldn't see them doing anything in a postseason situation. But now they have an outfield of Eddie Rosario, Adam Duvall and Joc Pederson [and Jorge Soler when he's healthy], and it's made all the difference. Duvall, Pederson, Soler and ESPECIALLY Rosario have been heroes this postseason for them. That has made them into contenders, even if I lambasted the idea at the time.

So now, the Braves have enough in the tank that they could definitely be a match for Houston. Charlie Morton taking down his old team is a good story. Dusty Baker against the symbol of his old mentor is a good story. Freddie Freeman, a future Hall of Famer with a few more years like this, finally getting to a World Series is a good story. It's a true good vs. evil matchup, and there shouldn't be any doubt as to who I'm rooting for here.

I'm hoping for a fun Series, something that doesn't depress me too much for the forthcoming offseason. I just really hope the Astros allow for one.