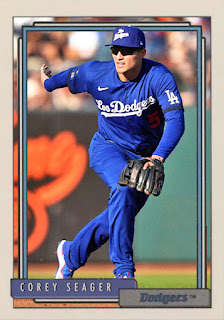 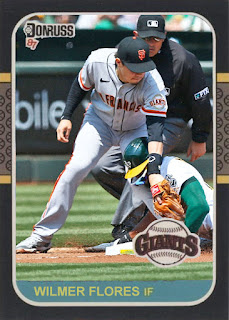 With a matchup this damned tight, it was always going to come down to a photo finish.

The Dodgers and Giants, the whole season, were so evenly matched that just calling them a wild card and a division leader did them both a disservice. The Dodgers may have won the wild card, but they still won 100 games. The Giants may have had the best record in the West, but they co-owned that division with LA. It's the kind of tight finish that is probably going to lead to Rob Manfred expanding the playoffs next year, for similar cases that won't be as deserving as this one [it's the equivalent of the Oscars making a Best Animated Feature category to appease fans of Chicken Run, and giving it to Shrek].

So, Giants-Dodgers coming down to a battle of pitchers, a battle of 1-run moves, and a single check swing? Yeah. That makes sense.

I was honestly rooting for the Giants, as they had the longer playoff drought and had the better regular season, but the Dodgers always felt like they could win anyway by force of payroll and roster. Their biggest indicator of status this season came when Trevor Bauer was suspended and the Dodgers just shrugged their shoulders and traded for Max Scherzer, like nothing had even happened. They can rebound from things that would wound a normal team, like coming in second, or being in elimination position at the hand of the best team in the NL. The odds are gonna be stacked in their favor, so bringing out Julio Urias and Max Scherzer in later innings is just...something the Dodgers can just do. They're the best, they can do these things.

And regardless of whether or not Flores checked his swing, which...I honestly think the umps did him dirty on, the Giants had lost the momentum, and were about to quietly lose a tense, close game to the Dodgers. Something like the Flores move puts an exclamation point on the game, and the season, sort of like Willie McCovey missing the catch in '62. It's not just a loss, we were robbed! And it's how Giants fans operate. Barry Bonds is a Hall of Famer, can't you see the stats? Willie Mays is the greatest, Hank who? They see the exclamation point and disregard the truth. The truth is that the Dodgers were never going to be stopped, because they're the Dodgers.

Dodgers-Braves, unless I'm mistaken, is gonna end similarly. The Dodgers have all the cheat codes, the Braves are now missing another outfielder. I want to be wrong, I want the Braves to upset and make it to a World Series for the first time in 22 years...but the Dodgers have so much on their side right now.

In a very boring postseason schematic, Braves-Sox is the only hope of something fairly interesting. I don't know if that's what we're gonna get, but...wouldn't it be cool?