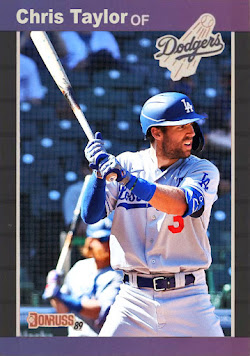 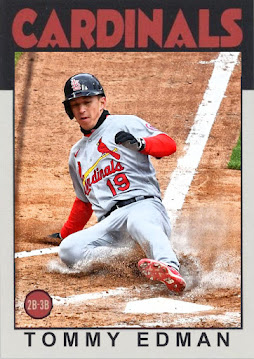 Seeing as the AL Wild Card didn't go as planned for me, it's very nice that the NL Wild Card game went exactly as I wished it would. The single most infuriating non-Astros team in the playoff picture got bounced in an instant. It was a very good day.

And I saw a lot of people online going 'yeah, the real winner would be if a meteor destroyed Dodger Stadium and both teams got incinerated'. FIRST OF ALL...THAT IS NOT HOW METEORS WORK. There'd be a bunch of Cardinals and Dodgers going 'OW'. It's not like a gigantic explosion. I may not have a degree in science, or anything applicable to the advancement of society [screenwriting, I went to school for screenwriting], but I'm pretty sure that just a lot of people would get hurt. Which, I think, still accomplishes the primary goal of the threat, but less colorfully.

Also, and this is maybe because I root for east coast teams, I don't have a ton of issues with the Dodgers. Why should I? They're like the Yankees, except they actually get to World Series' and keep the same manager when they lose a playoff game. I don't hate anyone on the Dodgers. I'm patient with Bellinger, I love the fringe guys like Tony Gonsolin and Phil Bickford. And come on, you can't hate on Albert Pujols. It's impossible. The guy's a living legend, and now he's the cute uncle of the Dodgers clubhouse. And the media wants me to hate Trevor Bauer, but we never really found out whether it was actual abuse or just a rough sex thing. Is Trevor Bauer about to become the Johnny Depp of baseball? Like, when he's actually innocent of this one thing but enough people are saying 'yeah, but he probably did SOMETHING bad at some point'?

So the Dodgers are a very successful, very well-built team that has a lot of players that I like, and is one of now FOUR teams I don't have much of a problem with that are in the NL playoff picture. Meanwhile, the Cardinals ruptured Ryan Howard's achilles, have constantly made the playoffs in years where there was no room in the conversation for them, and annoyed the hell out of me with this 14-game streak from this year. Of course I wanted the Dodgers to win, and I'm glad they did.

It was very tense watching this game as the score was close the whole time, and it was very much a game of inches. Whose bullpen will break? Whose lineup will spark fire? Who will make a mistake first? Even though the Dodgers were the better team, they still couldn't get past Luis Garcia and Giovanny Gallegos. And the Cards couldn't get past Kelly, Graterol, Treinen, Knebel or Jansen, because DAMN that Dodgers bullpen is awesome this year.

But when Taylor walked off, it just felt nice. I could have used it about 5 innings ago, but it was nice.

I dunno what I'm gonna do in the AL, other than hope the White Sox somehow stick it out over Houston. But the NL is pretty open for me. I'd be fine with any of the four making a World Series, though arguably the more fun teams will be playing each other in Milwaukee tomorrow night. If the Dodgers repeat, that may be the most boring outcome, but it's still better than another Astros World Series.

Tonight, some AL matchups. I am rooting for both kinds of Sox. I know, weird, right?