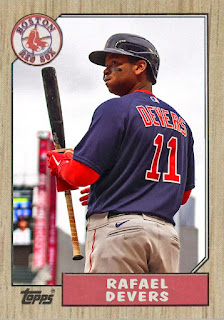 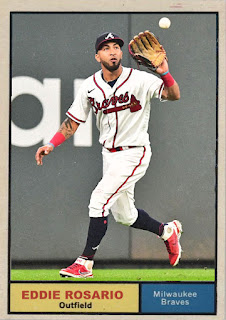 I've been away for the last few days, so I haven't had a chance to do consistent posts on either of these Championship Series. They've been good games, but...it's still very hard for series' with these four teams to be entirely interesting. It's 3 of the teams from last year and the other team won 3 years ago. You can go 'ooooh, this team put up over 10 points', or 'oooh, this game's going to extras again', but without new and different teams, it only really pulls you in so much.

The Sox-Astros series has been close in the sense that the series is tied, both teams have traded wins, and the strengths and weaknesses of both teams are showcased in both outcomes. The Astros' usual suspects will go to work, then their pitching will get beat up. The Sox will blow a lead, then pummel the heck out of Houston. I'm not sure which one of these is the winner yet, though both morally and quality-wise I am pulling for the Sox. A.) cause screw the Astros, and B.) because they actually have done work to get here. Plus, the Astros have actually been reprimanded successfully. Alex Cora may have been reprimanded, but I don't believe he's doing as much of the old shit as the Astros are. It's very interesting that the Sox are doing well again once Cora has been put back at the helm, but...better him than the Astros, I guess.

Dodgers-Braves is a lot more interesting. The games are closer, the teams are more evenly matched, there's more chance for true heroes. The first two games have ended in walkoffs, first by Austin Riley and then by Eddie Rosario. It's come down to pitching, and bullpen efficiency, and who can break through first, so it's more strategic than the other one, which is just 'HIT TONS OF HOMERS'. Also, more likable teams. I like the Braves, I like the Dodgers. I like that the Braves are winning after 2, even though most Braves fans are hesitant to be excited yet. Hey, the Sixers were winning after 2, and the sun shines on Atlanta sports more than it does Philly sports. You guys will be fine.

[remembers how far up the Falcons were in the Super Bowl]. Yeah. Fine.

I'm still pulling for a Braves-Sox series, and I hope tonight's Boston-set ALCS run pushes us towards that outcome. Especially the Sox. I can not have the Astros win another one.