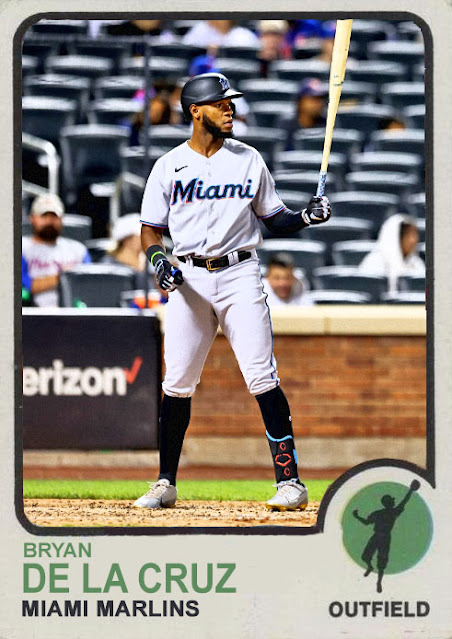 Wow, I actually kept these Month in Review posts going the whole season. Says a lot about a year without major employment for me, I suppose.

Anyway, September was a fairly interesting month, as the playoff picture shifted, some new heroes emerged, and some major storylines seemed to converge.

First off, let's cover the 5 predictions I made for September 2021:

1. Right now the playoffs are looking like this- Rays-White Sox-Astros-Yanks/Red Sox, and Braves-Brewers-Giants-Dodgers/Reds. I predict that they're not gonna look like this in a month. Someone is gonna sneak in. Well, in the NL, someone certainly did sneak in. And in the AL, while I'm writing this a few days before the final bell, the Red Sox' wild card spot is not guaranteed right now.
2. One more absolutely huge rookie call-up for the road. I'm not thinking Rutschman, but somebody big. It's September, let's go crazy. Shane Baz. And he's been on fire ever since the call-up.
3. The Mets will once again succeed in sweeping someone out of playoff contention, other than themselves. The only contender the Mets won a series against in September were the New York Yankees, and they still made the playoffs.
4. Both the AL East race and the NL West race will have a surprising outcome. Honestly, not really. The Dodgers didn't overtake the Giants, and the Yankees still held out long enough to snag a wild card spot, but not to overtake the Rays.
5. One very important figure for a competitive team will miss the playoffs with an injury. I'm counting Devin Williams. Not that he wounds the Brewers' bullpen too much, but what they could have been with him and a functional hand, man...

So, with all that zaniness implied, let's talk about 5 Things from September 2021 That No One Could Predict:

1. The St. Louis Cardinals. Okay, maybe you could have predicted that they got hot in September, that's what always happens, but a sixteen game winning streak? An absolute leap to a playoff spot? Overtaking season hopefuls like the Padres and Reds? I don't think anybody could have called that, especially with the at-the-time disappointing trade deadline they had. It is gonna be very interesting to see how they square off against the Dodgers.

2. The Seattle Mariners. Even if they somehow miss the playoffs and the Red Sox keep the spot, which definitely could happen, this month has been absolutely huge for them. They went from a third place team hiding behind Oakland for a spot that was never gonna be theirs to absolutely on fire, on the strength of Mitch Haniger, Ty France and Kyle Seager, and getting inches from their first playoff berth in 20 years. Even last month I was writing them off. No matter what happens next, they still fall into this category.

3. Juan Soto catches fire. Alright, again...you could have guessed that Soto would be good at baseball. But in the month of September he was absolutely lethal, hitting .404 with a 1.256 OPS, 38 hits in 94 at bats, and only 9 strikeouts. It is the month that drew the eyes of the baseball world, and gave him way more MVP attention than before. While his case may be a bit too-little-too-late, he's still had an amazing AGE 22 SEASON.

4. The absolute collapse of the San Diego Padres. I was expecting them to miss by a few games, for it to be close, but not only did they fall completely out of the race, their core imploded, their pitching staff got beat up, and their two marquee stars started fighting with each other. This is a far cry from the sunny, joyful Padres team that was being set up last year. Hopefully they can rebound to some extent in 2022, but will the top two teams let them?

And, then the antithesis of that, 5 Things From September 2021 that Most People Probably Could Have Predicted:

1. Braves stronghold over the NL East, and, tied to that,

2. Phillies collapse. Look, no matter how the season started, no matter how things progressed...the Braves were always going to be a better team than the Phillies. The Phillies were just okay, and had some good stretches throughout. The Braves were a great team with rotten luck, including Acuna getting injured. Their ability to rebuild their outfield with trades and make it even better was the stuff of GM legend, and getting to the playoffs at the Phils' expense was a foregone conclusion from there.

4. Cedric Mullins giving the Orioles their first 30/30 season, and subsequently being the only good player on the team this year.

5. Rays and Astros landed into very promising playoff seeds. I am hoping for other teams to win, though.

And, since there's a whole other predicting the playoffs post I need to do, let's end on the 5 Most Important Players of September 2021:

1. Juan Soto, Washington Nationals
2. Max Scherzer, Los Angeles Dodgers
3. Salvador Perez, Kansas City Royals
4. Robbie Ray, Toronto Blue Jays
5. Freddie Freeman, Atlanta Braves
That's all that remains to predict for today. I'll be out for the next few days, but expect a Best of the Rest post by the end of the weekend.
Posted by Jordan at 11:17 AM