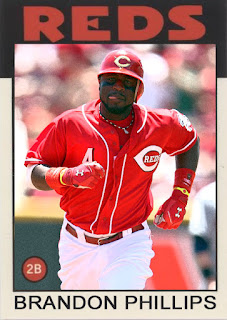 I can't think of anything for a post, so here's a sonnet.

To play second it takes a certain speed,
A strength not found in those on first and third,
A glove, two cleats- that's about all one needs
This man's among the best; haven't you heard?
A long-tenured anchor of a young club
Who'll grace thy fields with much speed and finesse
And though Uggla and Weeks may cause his snub
He'll make the All Star Team, at least I guess
As for the youth I mentioned early on?
They lie in every spot but the infield
In, oh, five years, these four may be long gone
Imagine the problems this fact must yield.
So, though his salad days are seen as dead
A brighter road comes soon for this strong Red

Well, now I know how to solve my writer's block.

Coming Tomorrow- Despite my hatred for him, I've never made a custom of him. Until now, that is. Hell, you might as well call him "The Greek God of Awesome Photos", cause I had a hard time choosing.
Posted by Jordan at 11:18 PM