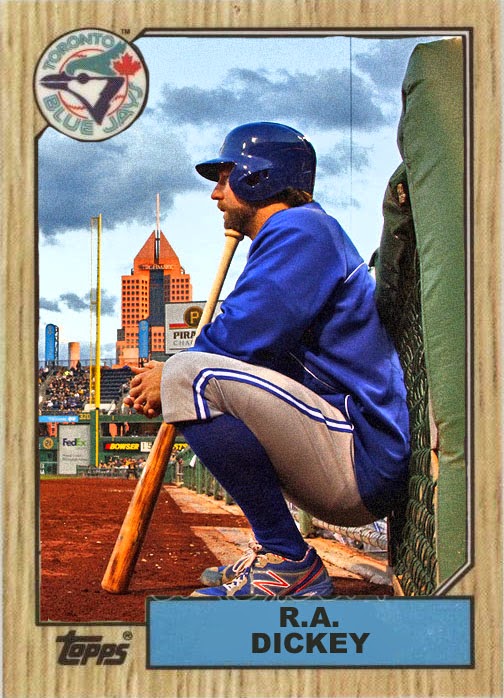 Because it's June, that means it's the annual 'The Blue Jays win a bunch of games for a month or so" event. And oh, what a glorious occasion it is!

That means it's time for everyone else in the AL, including actually good teams like Detroit and Oakland, to "simmer down" for a while, and let the Blue Jays become one of the best teams in the league. The Yankees, meanwhile, only have to make their usual June decline to account for this, while the Red Sox are working harder than usual to suck for National Blue Jays in First month.

But, surprisingly, the team has some pretty nice elements this year, and that isn't sarcasm, as much as I want it to be. Mark Buehrle is having a really, really nice season for the first time since his departure from Chicago. Edwin Encarnacion, as usual, has come off to an amazing start, hitting tons of home runs and commanding the league, though Nelson Cruz hasn't been given the memo to loosen up yet so Edwin can take the title. Hell, even R.A. Dickey's playing considerably well, though not as well as he did in 2012.

So generally, we're talking about a decent team, in a stacked division, who is just really good right now. I don't know if the rest of the league will allow them to stay on time, let alone the rest of the AL East, but you never know. Some national holidays last longer than others.

Coming Tomorrow- The new everyman for Atlanta.
Posted by Jordan at 6:56 AM