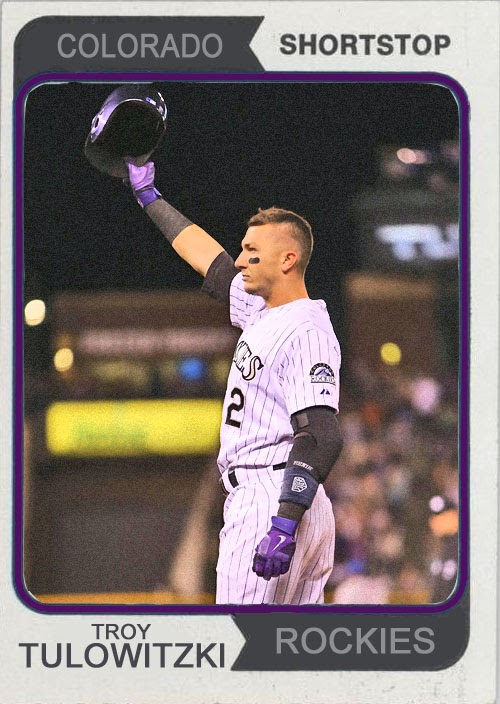 This is rare, actually. The only reason people talk about the Rockies anymore is if Michael Cuddyer has a streak, or Carlos Gonzalez has a grand slam or something. Now, their essential 'leader-type' is mashing the absolute crap out of the ball, and everybody knows. Hell, it even got him an article in Sports Illustrated last week.

But this is coming at a time for the NL West where it's imperative to get there early and stay there. At this point, it's really between LA, San Francisco and Denver, while the D-Backs and Padres are just sitting in the back talking about their differences and sharing a beverage. Right now the Giants are ahead, and they usually do well in years that end in even numbers. Plus, the Dodgers are waiting for a few people to return from the DL in order to be great, which leads the Rockies pushing for third if they don't do anything huge.

Coming Tomorrow- Hey, the Blue Jays are in first! Let's get a custom of the second coming of Phil Niekro up in here.
Posted by Jordan at 6:27 AM