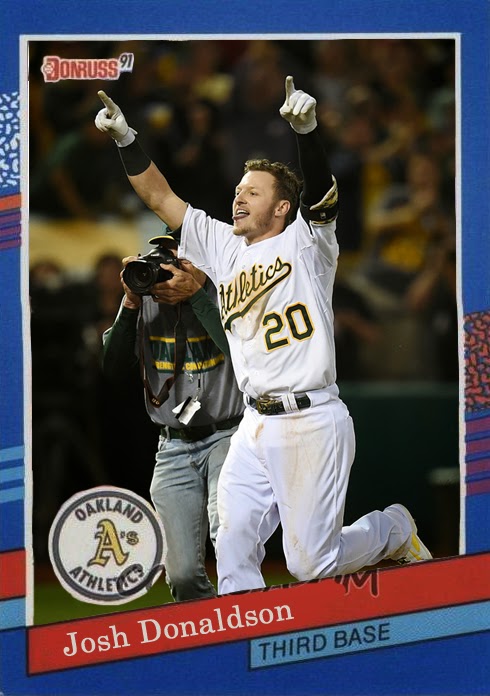 I don't know if I should be posting a card of the team that is currently in a series with my Yankees. I dunno if that's bad luck or anything. Either way, I've been away for the weekend, and this was on top of the stack.

Josh Donaldson has somehow become one of the stronger MLB stars right now, despite being a low-rate catching prospect just four years ago. Now the 2010 Topps Update card of Donaldson in catcher's gear is actually worth something. It's kind of like a Biggio thing, where he started at catcher, gave it up, and went on to actually becoming a really nice position player.

The A's need a hero like him, too. He's basically their version of Mike Trout. And with the way that Oakland is playing right now, he is their absolute star. People like Derek Norris, Brandon Moss, Coco Crisp and Yoenis Cespedes are also doing their part, but this guy's at the head.

I hope the A's keep it going, because even if they beat your team, they're still fun to watch.