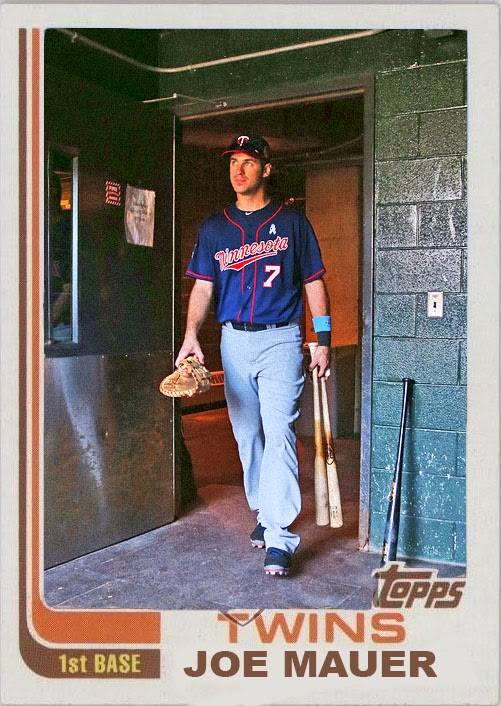 Kurt Suzuki has every right to be disappointed about the fan reaction to him in Minnesota. Though, to be honest, whoever has to follow Joe Mauer as the day-to-day backstop the season he switches to first is just asking to be called a disappointment himself.

For a good 10, 9ish seasons, Joe Mauer was one of the best catchers in baseball. He hit well, he played like a champ, he racked up gold gloves and MVPs, and he became a household name in baseball. Hell, he made the cover of an MLB The Show. That's a definite milestone.

Now, after becoming the first baseman, he may be a little shaky, but he's still Joe Mauer. His sheer presence on the field is getting people to Twins games this year, and that says something.

I'm just happy he's having a decent season so far, because he's a great player that deserves good seasons.

Coming Tonight: A Reds Pitcher that is playing well.
Posted by Jordan at 9:03 AM
Labels: Custom Cards, Joe Mauer, Twins