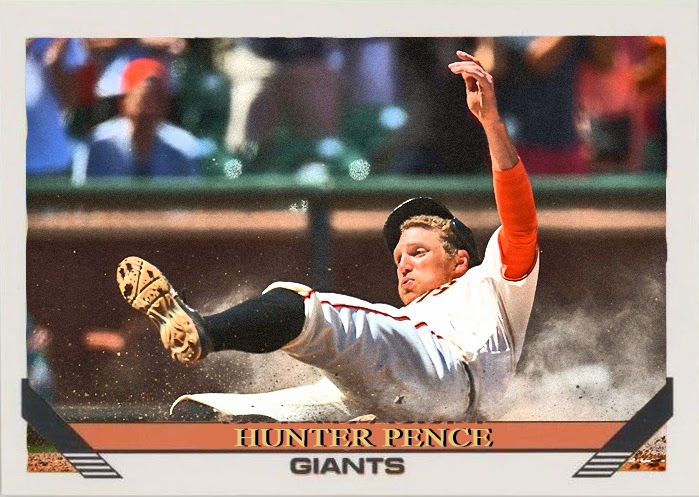 Hunter Pence used to be with the Phillies. Remember that?

Most tearful Phillies fans do. And they usually follow these tears with a vengeful "RRRUUUBENNNN!!!!"

Either way, he's a valued member of the San Francisco lineup. He also has a World Series ring now, which is more than anybody else from the last two teams he was on can say.

I like Hunter Pence. I think he's a really fun player, and I don't just say that because I think he looks like Tyson from Survivor. I think he's a great speedy outfielder, good for some hits. Any team that has him should really use him right, and I'm glad the Giants are doing that.

Coming Tomorrow- One of the best closers in baseball now that (sob) Mariano Rivera is gone.
Posted by Jordan at 10:36 PM