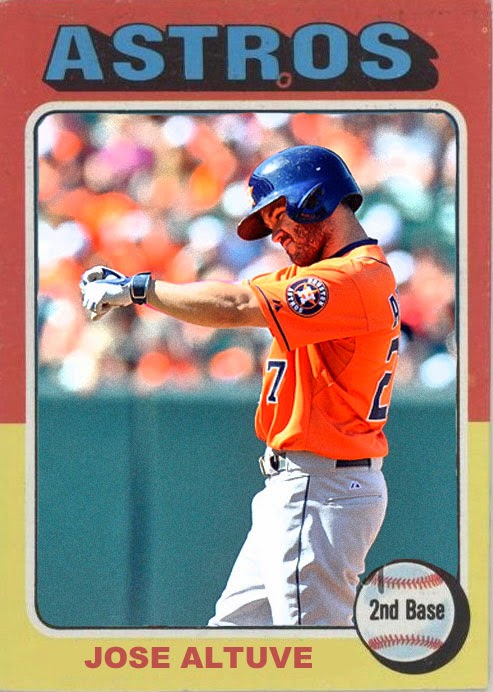 Let's not beat around the bush here, the Astros are by no means a good baseball team. They have little elements to a good team, but they don't have anything close to a full reliable roster yet. True, bringing up people like Jon Singleton and George Springer is definitely helping, and pitching by Dallas Keuchel is helping things, but they still have a ways to go.

They should be very happy they have a legitimate star like Jose Altuve, because without him the Astros would be nothing.

Back when Altuve came up, Michael Bourn and Hunter Pence were still with the team. For both players, that is two teams ago. For everyone else, that is three seasons ago. Still, in that time Altuve has stuck around and become an elite second baseman, or at least one of the stronger second baseman in the division (no, Robbie, I mean THIS YEAR).

He's probably going to be their sole All Star rep, just like usual, and he'll play an inning for the AL just for the sake of playing. But still, I'm glad that Astros fans have somebody like him.

Coming Tomorrow- one of the best pitchers in the game, still in Detroit.
Posted by Jordan at 10:14 PM