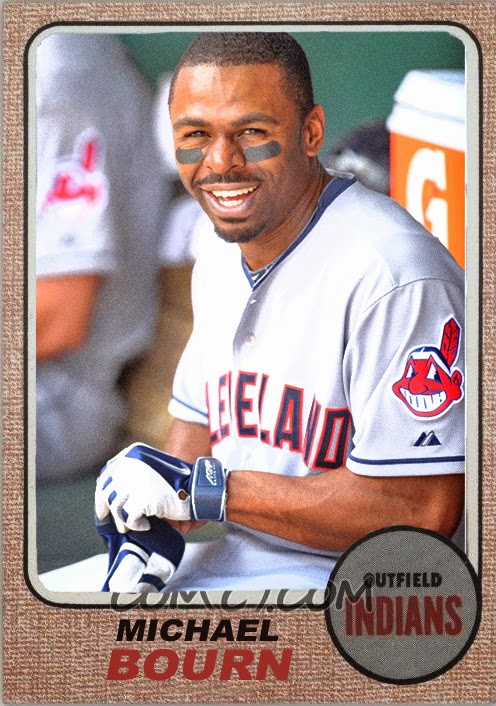 Of all the players that got really good, and then for whatever reason started slumping at the least opportune time, it saddens me that Michael Bourn is one of them.

Look, I know that people that the Phillies call up and trade away usually do pretty well. Right now, one of the biggest rookies in baseball, Jon Singleton, is an ex-Phil. Yes, we have really bad luck with this sort of thing.

Michael Bourn had a really nice career going, with great seasons in Houston and Atlanta. Then, after the Indians signed up, he stopped being an elite player, and ended up being...a Cleveland Indians starter.

Honestly I really hope he goes back to being a star player, because he deserves it, as an ex-Phil.