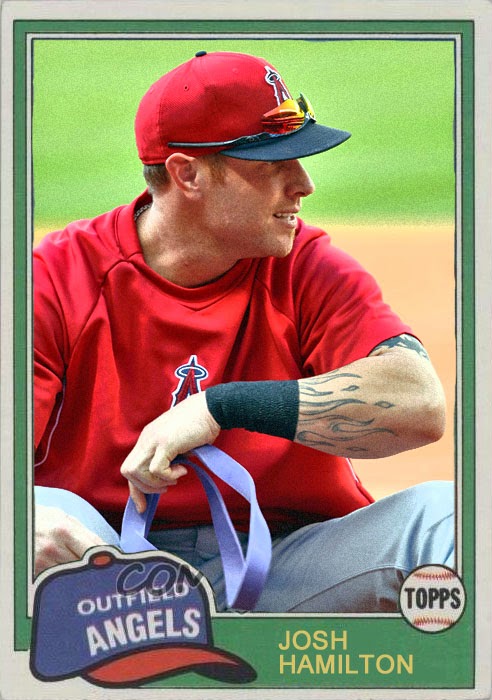 Almost two months ago, I told you about a depressing rumor that Brett Ratner, director of such cinematic classics as Rush Hour 3 and Tower Heist, was trying to make a movie about how Yasiel Puig defected from Cuba. And that was a pretty bad one. The dude's career just started in America, why exactly would you do that so early in their career?

Which is why he's already signed on to direct a movie about Josh Hamilton....who's actually still a generally big MLB figure. Come on, guys, learn a little!

The proposed Josh Hamilton movie is all about the big, heart-wrenching story about how he came close to burning out of the leagues on every drug possible, and then he came back and became a second-string outfielder with the Angels. Okay, maybe they're some more important crap in there, but I'm not in charge of writing it.

The funny thing is that I really don't have a problem with this movie. You can definitely do a Josh Hamilton movie, because he doesn't have that much left in his career, so that by the time the movie comes out, it'll be like, one of the last few things Josh Hamilton has to worry about. Plus, if it's a really good movie, then maybe it'll give Hamilton a reason to stick around in the leagues a bit.

I mean, yeah, it bothers me that one of the costars of the new Transformers movie will be playing Hamilton, but it's not a big loss. I mean, as long as we don't have any Ratner Interference, I think we'll be fine.
Posted by Jordan at 4:34 PM
Labels: Angels, Brett Freaking Ratner, Josh Hamilton, movies, Rangers, Yasiel Puig