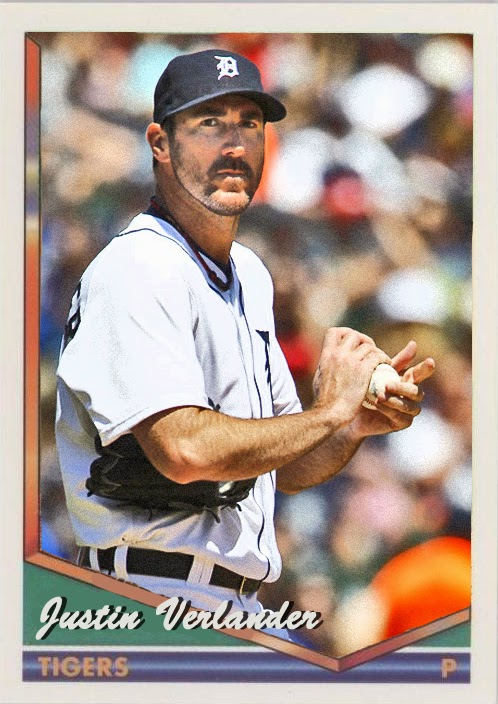 I know, it's a little premature, seeing as it's only four years in, and this season isn't his absolute best, but in terms of consistency, Justin Verlander is showing the right numbers at this point in his career. He's already racked up an MVP, a CY Young, 2 no-hitters, and respect from everyone in the league. He's definitely made it very far.

The one skeptical factor is whether he'll stick it out for the rest of the decade. And I'm really hoping that's the case, because he's an excellent pitcher, and you don't want someone like that leaving early.

Either way, Verlander's already a legend in Detroit, and I hope the rest of the season is slightly better.

Coming Tomorrow- An energetic shortstop in L.A.
Posted by Jordan at 7:53 PM