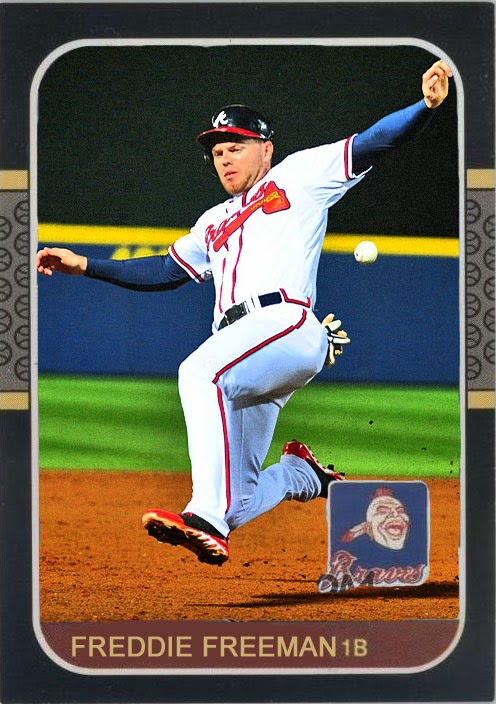 For the second or third year in a row, the NL East is so depressingly tight and pathetic that the team in front this time of year is basically in front because the other four teams suck more. True, the Braves are playing pretty well, but how well would they be playing without the collapse of the Nationals, Marlins, Mets and Phillies?

ESPN should say that they're in first place in the division, but have a little emblem next to it saying 'by default'. So if you want to see who is leading the NL East, they'll say it's 'The Braves, by default'. This should work for movies, too. If they want to advertise a really bad movie, like Sharknado 2 or something, they should bill it as "STARRING IAN ZIERING, by default'.

I kid, of course. The Braves are a really good team, as usual. After years of being shuttered to third place year after year, they finally have a promising team. It's kind of like their 90's squads. Which means Freddie Freeman is their answer to Chipper Jones.

Now I know what you're thinking, and yes, I know they play different positions, and played with each other for two seasons. But in all honesty, Chipper Jones acted as a leader to a team that effectively needed one. He was a defensive powerhouse, an offensive hero, and a generally nice guy off the field (now he's dating somebody my age, so I dunno what happened there). And now Freddie Freeman's doing basically the same thing.

I hope he sticks around for a while and becomes the legend that Jones did.

Coming Tomorrow- His team's not doing nearly as well as last season, but he's still going after the ball like crazy.
Posted by Jordan at 6:44 AM