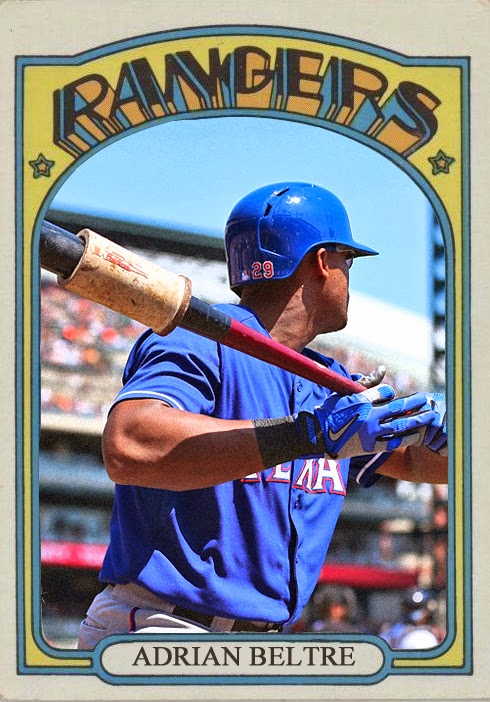 There is nothing in this world that makes me happier than the fact that the Rangers are in fourth place right now.

I apologize to any and all Rangers fans, but to us Yankee fans, you guys are the big bad. The Rangers are the team that gobbles up all the discernible talent and contracts, and somehow always seemed to make a killing in the postseason. And the last time I checked, that was the Yankees' thing. Not cool.

At least you have Adrian Beltre doing something right. I mean, he usually has nice seasons, and this year is no exception, but I believe he's the only reason you guys are out of last. Okay, the Astros existing is a reason enough, but still. Adrian Beltre is STILL an elite third baseman. He can still hit home runs, and play the game well. And until his contract goes up, the Rangers will use him for that.

This season may not end the best way for the Rangers (???), but at least they'll have someone like Beltre.

Coming Tomorrow- A pair of Giants customs. And yeah, one of them involves a no-hitter.
Posted by Jordan at 10:44 PM
Labels: Adrian Beltre, Custom Cards, Rangers