Topps Cards That Should Have Been: 2009 Dodgers 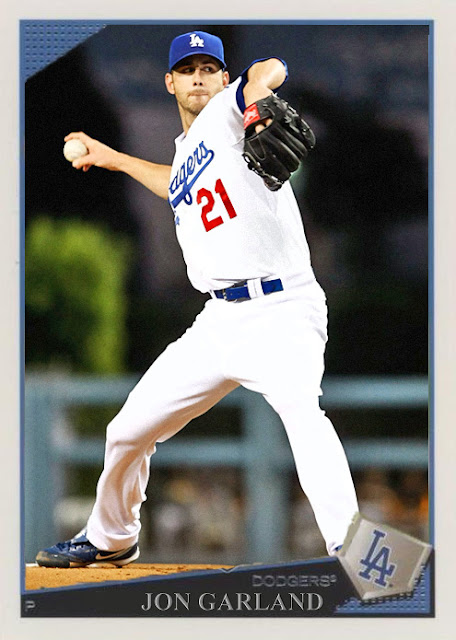 The 2009 Topps Cards That Should Have Been are in full swing, and since all four of the 09 Dodgers I had ideas for are done, I'll post them now in commemoration of the 2020 Dodgers' World Series win. As you'll see, 2009 was a very different year for Dodgers baseball.

After starting the season with the Diamondbacks, former White Sox rotation standout Jon Garland found himself traded to the postseason-ready Dodgers at the end of August, in exchange for Tony Abreu. Garland was solid in 6 starts in LA, with a 2.72 ERA and 26 strikeouts. Unfortunately, he was not included on the team's postseason roster for some reason. 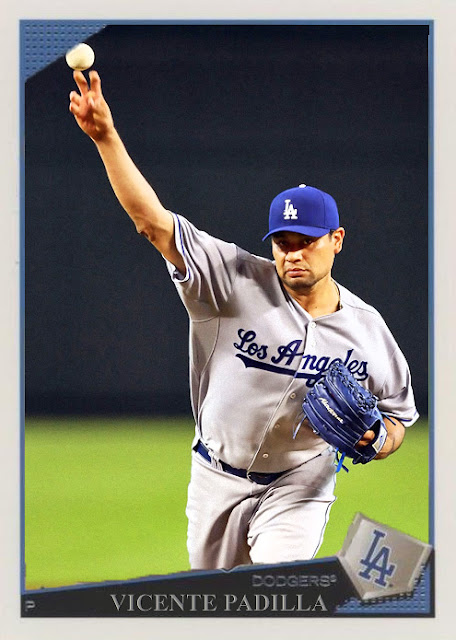 Perhaps it's because there was already a recently-traded starter on the Dodgers for the postseason, and that was former Phillies flamethrower Vicente Padilla. Padilla's Dodgers stint begins the period of his career where he winds up in numerous places as a sort of jack-of-all-trades type in pitching rotations, eventually becoming a reliever in Boston.

Padilla's also a midseason pickup for the Dodgers, coming to the team after the Rangers release him in mid-July. Padilla, after signing with LA, completely turns his season around, starting 7 games for LA and posting 4 wins, a 3.20 era and 38 strikeouts. Padilla was the rotation piece this team needed. He'd help out in the postseason as well [his only career postseason games], blanking the Cardinals in 7 innings during the NLDS, and getting considerably battered in two starts against his old team from Philly. Padilla would spend two more years in LA, though neither would be as productive. 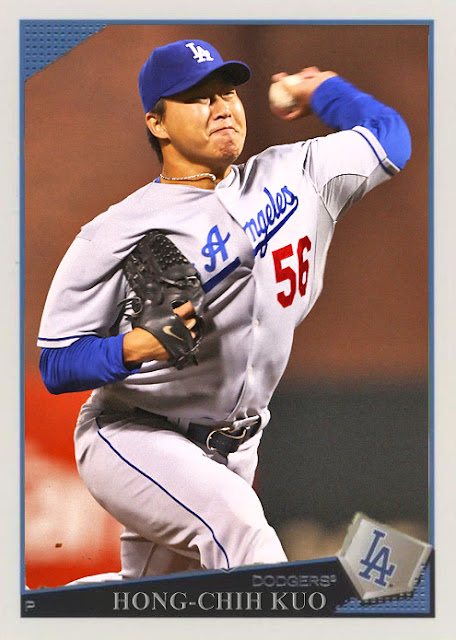 We return to the somehow unproduced days of Hong-Chih Kuo's career. The Taiwanese relief specialist had a diminished role compared to his long-man role from 2008, and made 35 appearances in 30 innings in 2009. Kuo only had 32 strikeouts that season, but still had a 3.00 ERA. He'd also notch 8 strikeouts in 5 postseason innings, only allowing 1 run. 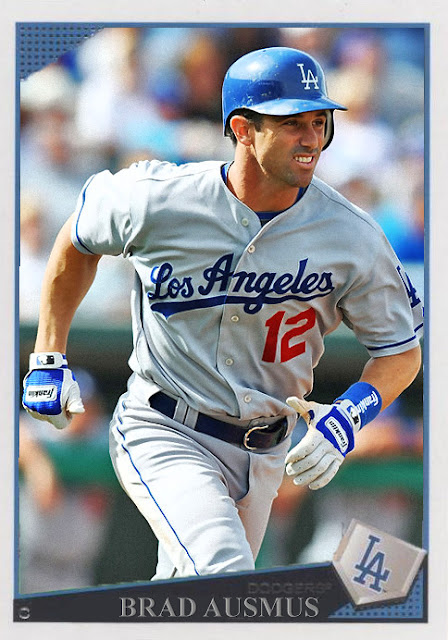 The biggest Topps omission for the Dodgers in 2009 was gold-glove-accumulator Brad Ausmus, one of the most consistent defensive catchers of his era, and a good low-cost pick to back-up Russell Martin in his peak. In 36 games, he hit .295 with 28 hits, and was still a brick wall behind the plate. His lack of playing time made it difficult for Topps to include him in Update, I reckon, but I still think he deserved something, especially in the wake of his contemporary managerial success.

Those are the 4 Dodgers 2009 Topps customs I had ready. Topps really should have included any of the 4.