Topps Cards That Should Have Been: The Charlie Morton Chronicles 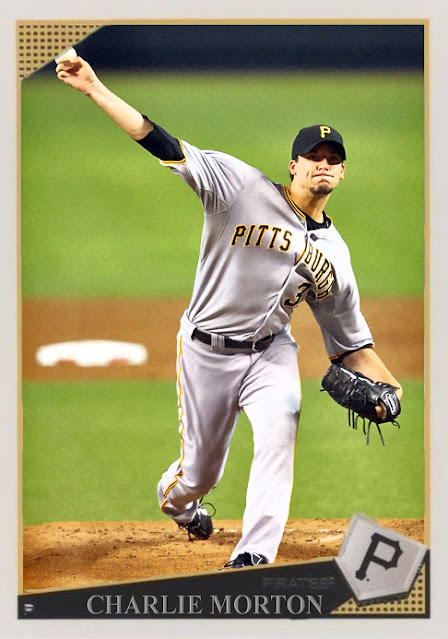 Topps took a while to figure out that Charlie Morton was something special. As did we all.

Morton didn't have his first Topps card til 2011, yet started in the majors in 2008, as a starter for the Braves. Despite starting 15 games in 2008, Morton was kept down for the first half of 2009, eventually being traded along with Jeff Locke to the Pirates for Nate McLouth. Good deal for Pittsburgh, because Morton and Locke WERE their rotation for the first half of the decade. 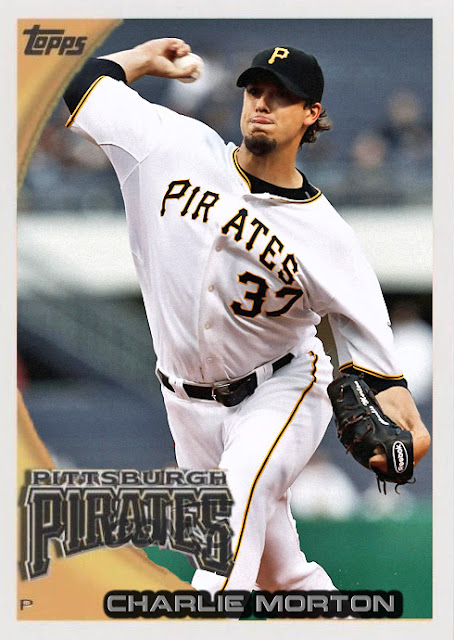 Morton continued as a lower-tier starting option in 2010 for the Pirates, posting a paltry 2-12 record and a 7.57 ERA in 17 starts. Something wasn't clicking. Morton hadn't found himself in the majors yet.

After the 2015 season, Morton is traded to the burgeoning Philadelphia Phillies in exchange for a minor leaguer. The prospect of a surging, veteran Charlie Morton helping out the post-Hamels Philly rotation was a good one. 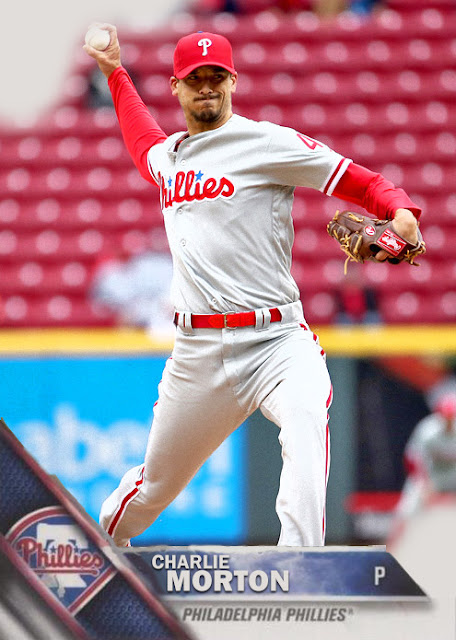 Unfortunately, it was a short-lived season for Morton, as he'd only pitch 4 games for the Phillies, all in April, with a 4.15 ERA and 19 strikeouts. Then, Morton tears his hamstring, is out for the rest of the season, and never plays another game for the Phillies.

The rest, as they say, is history- Houston picks him up on a cheap deal, he becomes the #3 starter for a World Series team, makes an All Star team in 2018 and becomes the strikeout artist that Tampa has grown to love this postseason. It just kills me that his 2016 season in Philly was his final human moment before becoming truly great.

Still, I'm glad Morton's gotten his stuff together and become one of the better hurlers in the majors. I don't know if his Rays are gonna make it 7 tonight, but either way, he's given them some amazing performances.

Also, this last custom means I finally know how to do 2016 Topps customs. It's tricky, especially the nameplate gradient, but I'm getting the hang of it.