Topps Cards That Should Have Been: The Rest of 2008 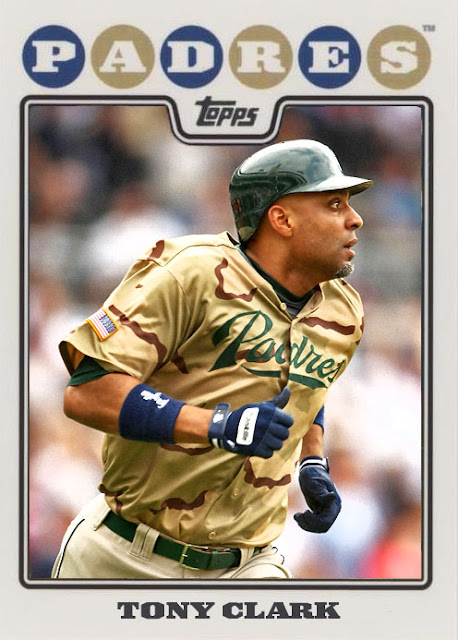 The last few 2008 Topps customs I have here don't have an interconnected theme except for the fact that they were left.

Tony Clark is now the MLBPA president, head of the players' union, one of the reasons we had a season this year. In 2008, he was still rounding out his playing career for teams that were not the Detroit Tigers for some reason. He started the 2008 season as a member of the San Diego Padres and did...alright. He had a .1 WAR and a .231 average in 70 games, mostly used as a bench bat but still getting starts at 1st while Adrian Gonzalez slowly began to find his footing. He was traded pre-deadline to the Diamondbacks, which WAS documented by Topps, so at least he got that. 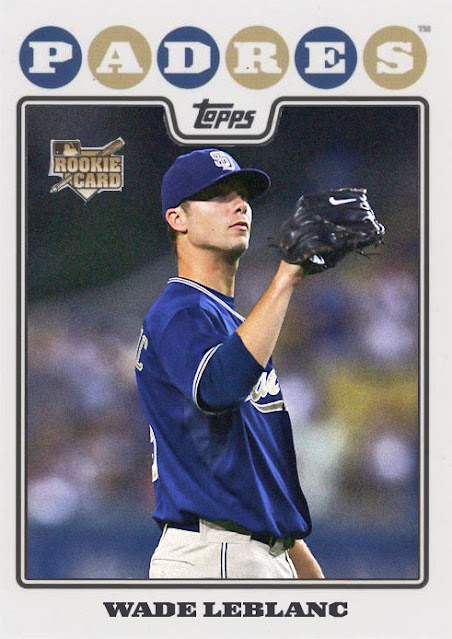 Yes, Topps would give Wade LeBlanc a rookie card in 2009, but since LeBlanc did start a few games further down the 2008 stretch, I had to make him one for this season. Granted, it wasn't an especially BIG splash, as he had an 8.02 ERA in 5 games, including 3 losses, but he was plugged in a starting option for 2009, and would bop around until he'd become what he is now, an auxiliary starting option with relief mileage. 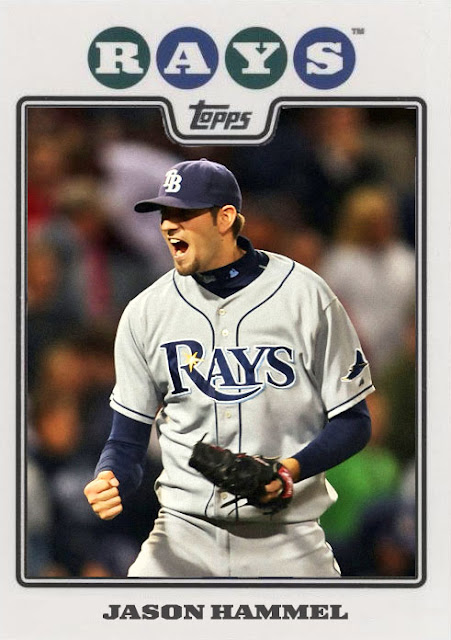 Speaking of guys used in relief AND as starters, Jason Hammel was primarily a relief option for the 2008 Rays, with a 4.60 ERA over 40 appearances, 35 of them in relief. He was left off the postseason roster for that season, and thankfully other teams would find better use for him as a starter, especially the 2015 Cubs. He'd finish his career in Kansas City, primarily being used as a reliever. Kind of a full-circle ending. 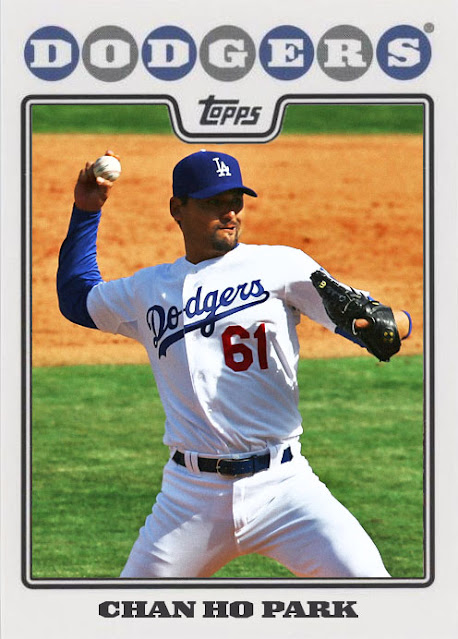 If Topps was in a better mood in 2008, they would have jumped on this- former rookie and all-star pitcher Chan Ho Park returning to his former team in LA for a return to form season in relief. That's the kind of stuff Topps loves, and yet they seemed to completely miss it. Park pitched 95 innings for the Dodgers in 2008, with a 3.40 ERA and 79 strikeouts. I don't see why Topps wouldn't honor that. After this season, Park would be used as a steady relief option for the World-Series-caliber 2009 Phillies. 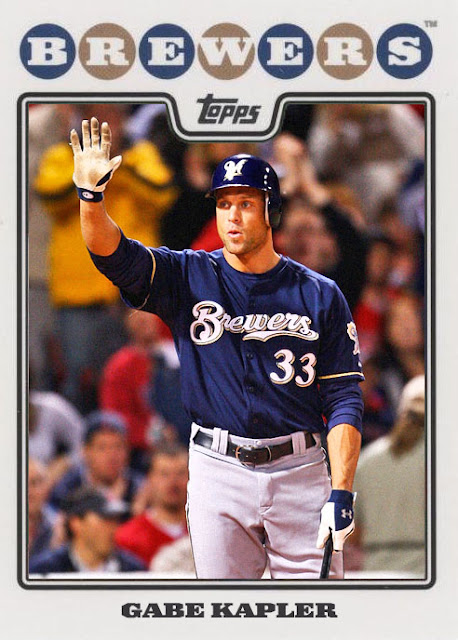 After missing the entire 2007 season, former Rangers utility man and member of the 2004 World Series Red Sox Gabe Kapler decided to give the bigs another shot, getting a spot on the 2008 Milwaukee Brewers. He responded to the Brewers' generosity by giving, get this, HIS SINGLE BEST SEASON OF HIS CAREER. Forget that he was mostly used as a bench/utlity piece. Forget that he was platooned in centerfield with Mike Cameron. Kapler's 1.9 WAR was not only his highest-ever season total, but the eighth highest on the team. The seven guys who finished higher read like a murderer's row of great baseball figures- CC Sabathia, Ryan Braun, JJ Hardy, Ben Sheets, Mike Cameron, Jason Kendall and Rickie Weeks.

This means he had a higher WAR than Prince Fielder, Corey Hart, Jeff Suppan and closer Salomon Torres, all pieces of the team that the Brewers couldn't have made it to October without. And yet next-to-nobody remembers Kapler's 2008 year.

It's actually a pretty cool bench year, too. .301 average, 38 RBIs, 8 homers, 69 hits. His .498 SLG was the third-highest on the team, behind Ryan Braun and Prince Fielder, of course. One of those great years that gets overlooked by statisticians because of who the numbers belonged to. A lot like the 2008 Brewers, too.

Kapler would spend the next 2 years in a similar bench role in Tampa before retiring, ruining the Phillies for two years and nearly getting the Giants to the playoffs in 2020.