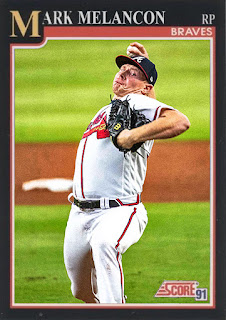 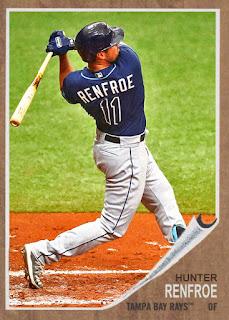 So. Braves have won 2 games. Rays have won 3. It's unfair to jump to conclusions after less than half of the proposed series', but...what if this is our World Series?

First of all, the inevitable matchup from January, Yankees-Dodgers, won't be there. Yes, the Dodgers could still find it and win, so this could be null, but...if they do, it'll have been something we'd all seen coming for months, and...I kind of like seasons where two teams you couldn't have really guessed end up in the World Series. The Braves may have been in the top 5 or so NL teams, but I wouldn't have been smart enough to guess them. And with the Yankees and Twins looking insane in March, I definitely wouldn't have pegged Tampa.

Secondly, neither team has won in either YEARS or ever. Even if the Dodgers make it, that stat will be fulfilled, because I honestly don't see the Astros coming back from a 3-game deficit like this, especially against a pitching staff they cannot outsmart. So...either one of these teams adding a trophy to the case would be pretty cool.

Thirdly...these two teams have the power to make a really cool World Series. Acuna, Ozuna and D'Arnaud against Snell, Glasnow and Morton? Aw, man. And the battle of the rookies with Ian Anderson and Randy Arozarena? Granted, it'll be a Series without EXTREME star power, save for like Acuna and Freeman, but...it'll be an evenly matched series where either team could win big and start the 2020s on a huge note.

This could all change if the losing teams gain momentum, which isn't unheard of, but...the way these two teams are playing right now, it's screaming WS-matchup. I could be wrong, I might be wrong, but in this moment...this is where the heat's coming from.