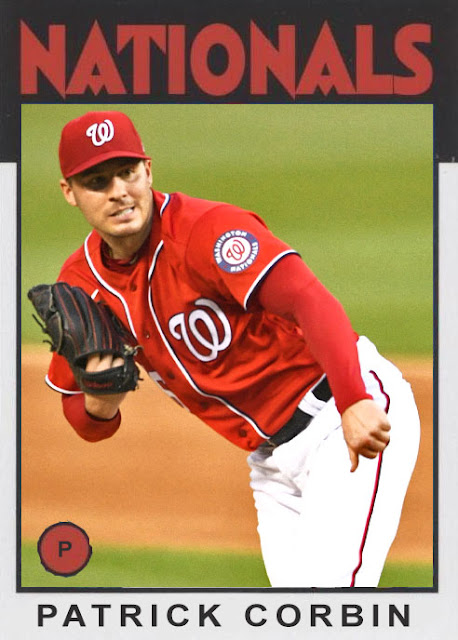 Scherzer-Strasburg-Corbin-Sanchez-Fedde. That was the Nationals' postseason rotation just three years ago. Now Anibal Sanchez is out of baseball, Max Scherzer is in Los Angeles, and Stephen Strasburg is injured yet again.

So that leaves us with Patrick Corbin and Erick Fedde, two guys who currently have ERAs over 5, negative W/L ratios, and negative WAR. Both of them were pretty good in the last few years. Corbin has been excellent the last three seasons, owing back to his 2018 with the Diamondbacks, and has morphed into a reliable, strong pitcher. This season he just couldn't quite put it together, leading the league in losses with 16, as well as earned runs with 111 and home runs with 37. Whatever he had the past few years, he lost in 2021, and after a while he was one of the few veterans left in the rotation.

Meanwhile, people like Josiah Gray, Josh Rogers and Paolo Espino started being plugged into the rotation, and only Rogers has really done a decent job, out of the three. It's very hard to assemble a good rotation when half the team gets traded and the big pitching prospects aren't ready yet. So we're just in this limbo period. Plus, one of the actual great rotation assets this season, Joe Ross, landed on the IL right before all this madness began, and won't be back til next season. So the pitching might be a mess for a little while longer.

This is just the reality of a firesafe Nationals season. The big guns are gone, and all that's left is Juan Soto and a lot of meh. The good news is that Juan Soto has been incredible this month, boosting his MVP case in the eleventh hour and making it known that even if Scherzer, Schwarber and Turner are gone, he'll still be raising hell in Washington for a little while longer. And while a team needs to be more than one guy, that one guy being Juan Soto is a lot more than most bottom feeder teams could even dream of, so even if they're definitely depleted in 2022, I still see some big moments and players showing up for them, even the newbies like Lane Thomas, Riley Adams and Keibert Ruiz.

It's gonna take a while for this team to compete again, but it'll take even longer for them to be completely boring again.

Coming Tonight [?]: A pitcher for the Royals. One that the Royals didn't think they'd have to be starting in 2021.