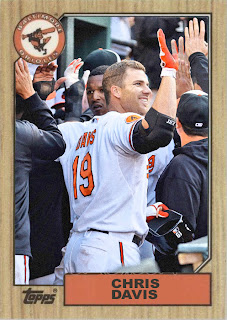 Okay, I had a few days without posting, but it's not like I could control that. I mean, I'm not gonna be able to perform every day of the season. I mean, look at Chris Davis. You have any idea how difficult it is to do what he started the season with?

Every game for the first four games, Chris Davis hit a home run. It's hard enough to his a homer TWO games in a row. Or even twice in one day. But Davis did it every day for four days, and that, along with his RBI, is a feat huge enough to be recognized in the annals of MLB history.

I don't know if the rest of Chris' season will amount to that much, but for a start to the season, you can't get much better than that. I don't care if he doesn't hit another homer for the rest of the season. That's still awesome, and in a few years people will still look back to that.