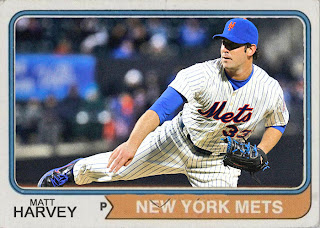 It has come to my attention that your pitching performance alone has propelled the Mets to an early lead, and a position in the NL East standings higher than that of the Phillies. In your outings, you have shut down my Phillies, as well as decapitating the head of every Twins batter that wasn't Canadian.

As the season is still young, I'd like to request that you stop being so damn good.

No really, I understand. Your Mets have had a lot of setbacks recently, with a torrid 2012, and the loss of some huge stars as of late. Also, the other three teams have kinda left you for dead in the past. So I totally understand that you need to prove something whenever you pitch so well, and you're playing beautifully. You really are. What irks me is the fact that this is at the expense of my Phillies, who are ALSO playing well, and who should be a bit higher in the standings if it wasn't for your feats of bravado.

As much as your Mets need it, the Phillies need it much more. It's been five years since the Phillies won the World Series. Do you have any idea how much we've wanted another? Hell, in 2010 and 2011 we had the best team in the league. We were doing so well. And now that we fell off the face of the earth, we deserve a better season. And quite frankful, Mr. Harvey, you're not ALLOWING us one. You are denying us a season we have every right to enjoy. You're shutting us down at the door. And that's a bit mean.

Again, I adore you, and I think you'll be a great pitcher someday (for another team), but I, and a lot of Philly fans, would prefer you to stop being that guy. Everybody else on the Mets is doing exactly what they're supposed to do (read: nothing), and you're excellent style of play is the one thing propelling your team (with the exception of a third baseman I need to exchange words with.)

So, just loosen up a bit. Start throwing balls. Balk once or twice. Hit the mascot. Do whatever you want, except for winning games. You can do that in a season where we don't deserve to stop you.

Coming Tomorrow- An amazing throwback uniform, and the next big thing out of Chicago wearing it.
Posted by Jordan at 8:41 PM