All Eyes on Toronto 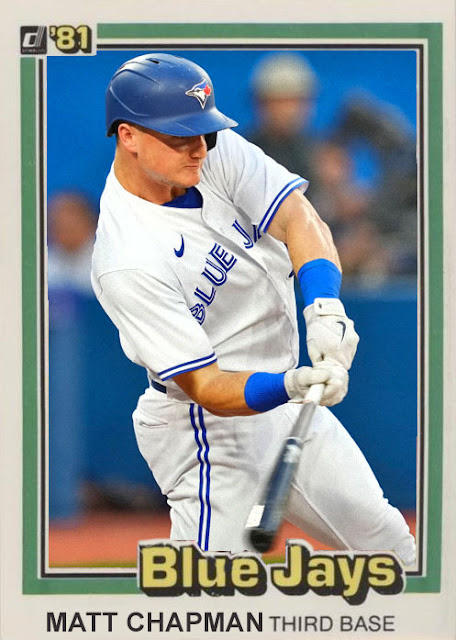 The Yankees are stalling, the Rays are cooling down, the Red Sox have lost a ton of momentum, and the Orioles are surging but lower on the totem pole. So where does that leave the Toronto Blue Jays, sitting pretty in second base? Well...as luck would have it, they actually haven't had that fun of a stretch either.

And it's a prime time for them to slow down, because now the Mariners have lapped them in the wild card race. The Jays just lost 5 of 6, they're without Springer and Stripling, and Mitch White hasn't been great as a starting option. They have to play the Guardians, who are now in 1st, the Orioles, who are on the way up in the wild card race, and then the Yankees in the Bronx. It hasn't been a fun stretch, and it isn't gonna get much more fun for them,

But at the same time...these are the Blue Jays. These are the Guerrero-Bichette-Teoscar-Kirk teams. This team has solidified so much just this season, with Santiago Espinal confirming his place in the infield, Alejandro Kirk putting his stamp on the catching position, Jordan Romano staking his claim on the ninth and the only empty position being the DH to use for flexibility. And at the same time, you have one of the most intricate infielders in the game, Whit Merrifield, and one of the best defensive outfielders in the game, Jackie Bradley Jr., ready to go at any point. This is a team capable of so much, and a team that has built itself up from the scrappy, Baby Jays team in 2019. This team wasn't enough to make it in 2019, or in 2021...but I think they have something this year.

I was worried about Matt Chapman in Toronto for a bit. Took him two months to get up to his A's numbers. And now I think he's where he should be. Like usual, his average is a bit down, but he's got 59 RBIs and 22 homers. That ain't bad at all. He's also got a 2.7 WAR, 4th highest on the team behind the usual suspects [Vladdie, Kirk and Manoah]. The Jays got him to be a foundational piece and supplant the youth movement, that's exactly what he's done. Honestly, similar to the role Matt Olson has played in Atlanta.

I'm seeing the Jays play in a few days, in the Bronx. They might be in the same weary, win-thirsty mindset as the Yanks. Whatever the outcome, it's gonna be exciting as hell.

Coming Tomorrow- A rookie with an amusing mustache.