Ain't Too Proud to Breg 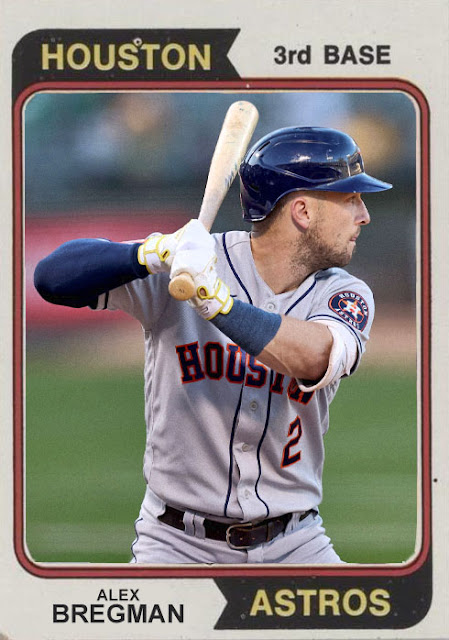 There's an old Looney Tunes cartoon where Daffy Duck spends the whole cartoon running from the man from the draft board trying to enlist Daffy. And Daffy does everything to get away, even locking him in a safe and burning it, throwing all sorts of violence towards this man, and he still persists because Daffy needs to have a comeuppance.

This is how I feel about the Astros. No matter how much this team befalls things that could upend a normal team, they keep freaking dominating. And it makes me absolutely miserable.

The Astros are getting an incredible age-39 season out of Justin Verlander, an excellent rookie season out of Jeremy Pena, and peak years from Kyle Tucker, Yordan Alvarez, Framber Valdez and Alex Bregman. And even if Michael Brantley, one of their contact-hitting constants, is out for the rest of the season with a shoulder injury, the Astros just got Lance McCullers back and he's been annihilating the A's already.

And you also have to remember that this team did pretty well at the deadline. Trey Mancini has already hit three homers as an Astro. Christian Vazquez, regardless of his struggles at the current moment, is a catching upgrade and is bringing this team closer to championship formation. Those pieces, in addition to airing out the Odorizzi contract, have made this team more compact and airtight.

The only problem is...I don't think anybody wants the Astros to win again.

It's become a normal thing. You know, any playoff picture in the last few years is gonna include the Astros. Even if people get injured, you just have the feeling they'll make it. 2020, they finish under .500...still in the playoff picture. And it's become less special, as well. For years, the Astros were underperformers and low-ranking, and now that they're excellent again, it's almost like they're overexposed. I put them in the category of the Cardinals, Dodgers and even Yankees where if they're gonna be good every year, it's gonna be less special. And the Astros having cheated doesn't do them many favors.

I assume the Astros are going to do very well this year. With the AL Central being diluted and the Yankees looking human, there's a good chance they could make it to a World Series. It's not set in stone, and there's a surprising amount of teams capable of taking them out of the picture, but...with this team looking this good, and with everyone else sliding as they stay consistent...it's gonna take a real effort to block them from winning it all again.

Coming Tomorrow- It took him years to figure the majors out, but once he did...nobody has been able to stop him.