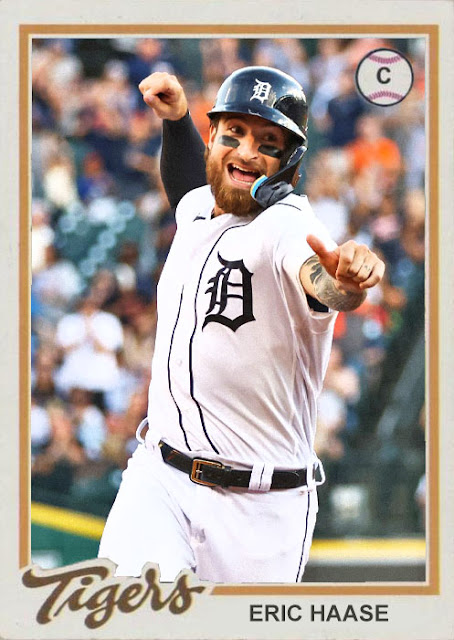 Remember back at the beginning of the season when we thought this was gonna be the Tigers team that'd be competitive?

Look, I'm no GM, but typically when you bring on a grade-a defensive catcher in Tucker Barnhart, an elite 5-tool man in Javier Baez, and a trusted innings-eater in Eduardo Rodriguez, plus the youth movement providing for Matt Manning, Casey Mize and Tarik Skubal to dominate together...that usually guarantees you something of a shot in a division as otherwise wide open as the AL Central. Everything that happened to the Tigers this year was the result of their seasonably awful luck. The rotation completely imploded, with Manning and Mize hitting the IL, Rodriguez GOING MISSING, and Skubal doing his best to lead a rotation of people like Drew Hutchison and Wily Peralta [again]. Manning only just came back, and while he's making up for a lot of time now, it's not making up for all the time he missed.

Barnhart may still be a decent defender, but he's doing nothing at the plate. The good news is that the Tigers do have a decent hitting catcher this year in Eric Haase, who has 8 homers and 26 RBIs, and has now played more games than Barnhart on account of the offensive edge. When the Tigers got Barnhart, I figured Haase would be a backup that'd be dealt eventually, but now they're genuinely relying on him. I'm glad for his sake, but man did I not think this would be a season of replacement players. This Tigers team has gotten so much, called up SO MUCH, and are still relying on Harold Castro, Willi Castro and Victor Reyes, the trio of indistinguishable utility players that has bogged this team down for way too long.

The Tigers....I have no idea how the Tigers have both Spencer Torkelson and Riley Greene on their roster, two players who the team was hell-bent on seeing ascend to the majors and help them compete, and neither are frigging doing anything. Tork is back in the minors. Greene is now hitting .239. What HAPPENED?

Aside from Manning, the entire rotation is scrounged together from people who weren't thought to be in the equation to start games this year. The aforementioned Hutchison and Peralta, a rookie named Garrett Hill who has completely caught me off guard, and Tyler Alexander. And this is what they have to work with for at least another week or so until, I hope, somebody like Skubal or Pineda comes back.

I don't even know what to expect from this team going forward. Since 2015, I think somebody cursed this team. Maybe they didn't let a billy goat into the park or something, who knows at this rate. It's going to take having all of these elements in place, healthy and surging in order to produce something from this Tigers team, and judging from this season, that may be a tall order.

Coming Tomorrow- Hunter Greene's on the IL, Castillo and Mahle are gone...uh, how about this guy?