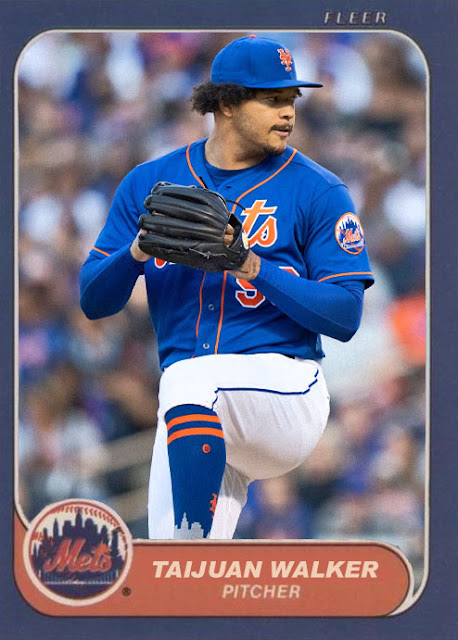 In the period where the Mets' rotation was ailing, and Tylor Megill, Max Scherzer and Jacob deGrom were all out with injuries, someone as steady as Taijuan Walker coming into his own, getting 9 wins and being the backbone of a sparser Mets pitching staff was enough. The team was shaking a little, but someone like Walker being consistent, or someone like Chris Bassitt, was enough. Just keep doing what you're doing, help will be along soon enough.

Well, now Scherzer and deGrom are back. And now the Mets' rotation is those two, Walker, Bassitt and Carlos Carrasco. And none of them have an ERA higher than 4. The Mets have lost 4 games since they returned from the All-Star break, and they intend to keep rolling.

And the more you look at this rotation, the scarier it becomes. Carrasco lost a season to cancer, then had a whole two-year-long comeback attempt that never really convinced people he could touch his Cleveland numbers, and now he's 13-4 with 123 strikeouts. Bassitt leads the team in strikeouts with 129 [if injuries weren't a thing and Scherz and deGrom were here the whole time that'd be a way bigger deal] and currently has a higher WAR than any A's season of his except 2021. Walker came into the league before Bassitt and deGrom and is the youngest member of the rotation. In fact, the average age of this rotation is 34, with Carrasco and Scherzer being over 35.

What's weird is that even with injuries and reinforcements, you can still shake a good rotation out of what the Mets have. Say somebody else hits the IL. Boom, David Peterson comes back up, he was 6-2 with a 3.30 ERA, and the Mets are so good that THAT's the guy they bring down. Hell, if they get Megill back for the stretch, that'll make SIX potential starting options that the Mets can count on, cause Megill was on a roll before he got hurt. And NL East teams have to keep facing one of these 5 for the rest of the year. No wonder the Braves had to go to Boston to get some dignity back.

I know the Mets have blown leads before, but this rotation might be more intimidating than even the 2015 one. The 2015 guys were good, they were nasty, but this group has one thing that group did not- experience. All of these guys have been in the league for a while. Three of them have pitched in a World Series before. They're not kids anymore. Especially not deGrom, who's been phenomenal in his first few starts.

This team doesn't want a simple postseason run. They want blood. And it's gonna take one hell of an NL competitor to stop them from going all the way. The Yankees have looked intimidating this year, but now it's the Mets turn to look positively unbeatable, and if the other teams aren't careful, they're gonna let the Mets run it to the end.

Coming Tonight: He left the Yankees before their big season, but he's still on a 1st place team...for the moment..