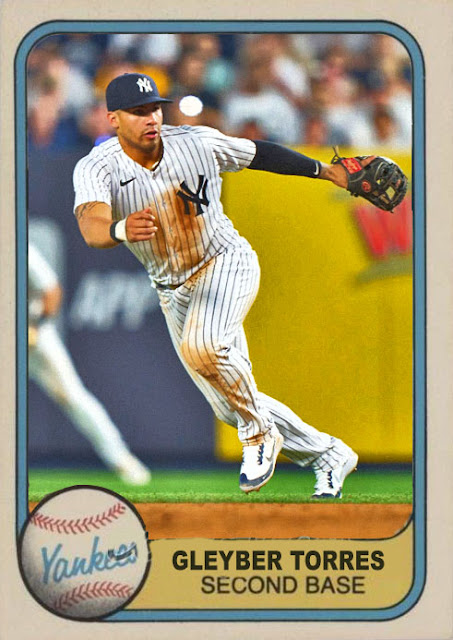 After MONTHS of being the absolute alpha in baseball...the New York Yankees are looking mighty human. July was their most normal month yet, going 13-13 the whole month. So far in August they are 2-6. Most Yankee fans have been waiting either for this team to waltz to a title or for the other shoe to drop, and the latter has happened.

How have we gotten to this point? It's not really the fault of injuries or communal coldness, even if we did just lose Matt Carpenter in the midst of his incredible comeback year. Since July began, the Yankees have had series against some very tough teams, including the Astros, Mets, Mariners and Cardinals. This sort of scheduling difficulty has led to the team even failing show up in crucial games against Boston and Cincinnati. Does it mean the team is suddenly bad? No, it just means the team has had more tough, truly competitive teams at their peaks than before.

The offense being in a bit of a dry spell is concerning but not a death nell for the season. Even as Judge stays pat at 44 homers and Torres and Rizzo cool down a bit, we still have great stretches from Josh Donaldson and Aaron Hicks this week. Benintendi is taking a little bit to hit for average but I'm not getting a Joey Gallo vibe from him, and he at least has 5 RBIs and 3 steals in 12 games. Trevino, IKF and LeMahieu are all still hot. It's not like everyone's down at once, it's just a bit more scattered right now, but I'm not exactly thinking they're completely cooked. Not with Judge on the roster.

The rotation has at least been solid in this stretch. Gerrit Cole got clobbered by Seattle last week and responded with a steady, scoreless effort for them last night. Frankie Montas had a decent debut for us, and looks to be a steady innings-eater. German is slowly getting his ERA down. Nestor Cortes...okay, real talk, I'm writing this before 6, he's looking real good right now, and I don't wanna jinx anything [edit: AAAAGH]. But he's still one of the most reliable pitchers on this team, which is...odd, but welcome.

The next few series are all against division rivals, most of whom are sagging in the standings, and will lead up to a Blue Jays series as they attempt to meet the Yankees for the East. Hopefully it won't be a make-or-break series for the division, and considering that I will be ATTENDING one of those Yanks-Jays games in the Bronx, I'd relax a bit more if it were simply a fun game with enough of a cushion for me not to worry about losing another division year to Toronto.

Coming Tomorrow- Meanwhile, on the other side of the city, a starter that everyone wrote off earlier this year takes his place among an impenetrable rotation.