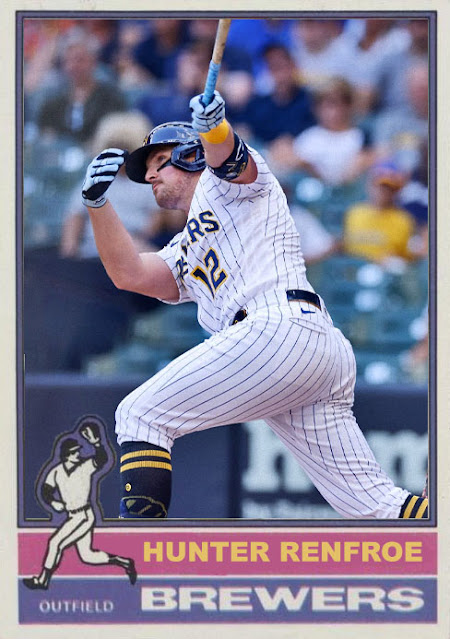 In 2019, Hunter Renfroe played for the San Diego Padres. They failed to make the playoffs.

In 2020, Hunter Renfroe played for the Tampa Bay Rays. They made the World Series and lost.

In 2021, Hunter Renfroe played for the Boston Red Sox. They made it to an ALCS and lost.

In 2022, Hunter Renfroe is playing for the Milwaukee Brewers. If the season ended today, he'd just fail to make the playoffs.

What's happened is that the NL Wild Card race has reached a cliff. The Giants are 6 games back from the Phillies, and look to be out of it unless they truly catch fire. The race is down to the Braves, Padres, Phillies and Brewers. Just those four. The AL Wild Card race essentially has 7 teams going for 3 spots, the NL one is far less complicated and might just be a game of musical chairs until somebody loses too many games. Knowing one of these four teams' luck, I can honestly guess which one that'll be, but I'm hoping I'll be proved wrong.

The Brewers are still sort of tussling the Cardinals for the division, so they honestly have a higher chance than their three competitors to make the playoffs. They could just win the division and get in that way. But at the same time, this team has been victim to lows, losing streaks and injury luck. They also, and I've had this criticism for the entire year...they don't have a central lineup guy like they used to with Yelich. Yelich is good, but he's not as good as he was. And this team doesn't have like a BIG lineup guy. They have people who are good, like Willy Adames, Kolten Wong and Omar Narvaez, and they have surprise contact guys like Jace Peterson, but like...there's no Paul Goldschmidt or Manny Machado type here.

So then why is Hunter Renfroe so important to this team? He's doing his usual thing, hitting homers and mostly for power, and he's got 20 homers and 46 RBIs so far, but this is par for the course with Renfroe. Honestly, I think Renfroe just adds to this Brewers team's canon of power-hitting machines. Renfroe and Rowdy Tellez, when both on, are trouble. Willy Adames has 22 homers, he's right there with them. Even Keston Hiura, who's played 48 games due to, well, not being what was advertised, has 10 homers. This team is capable of a ton of power, and Renfroe is the cherry on top of that, or perhaps the most versatile power hitter on the team.

It is going to take a lot more than just one-sided power for this team to stake a claim on the last wild card spot. While the Brewers do have luck on their side just by not being the Phillies, they're gonna need to earn their place in the postseason, and be enough to go deep into it. It'll be tough, but if they can hit their way there...that'll be something.

Coming Tomorrow- My guess is he thought his old teammates Jesse and Geno were having too much fun in Seattle so he decided to join them.