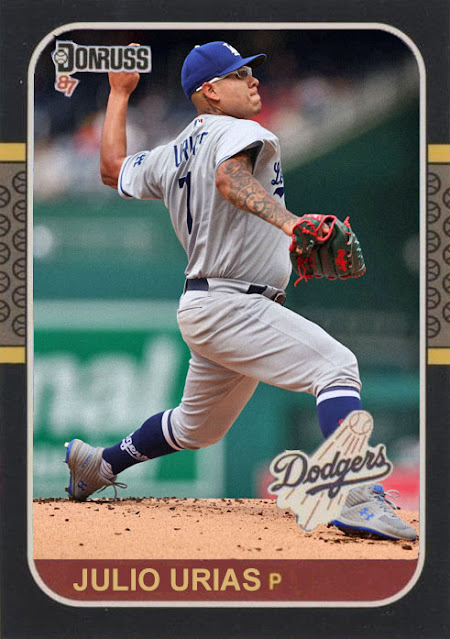 It was fun having the Yankees as the best team in baseball while it lasted. Back to LA, I suppose.

The possibility of the Dodgers being the alpha in baseball was never absent this year. With Freddie Freeman and Trea Turner secured, and great seasons from Tony Gonsolin, Tyler Anderson and Andrew Heaney coming out of basically nowhere, an already-great team found a way to become even better. And now that the deadline has passed and Joey Gallo and Chris Martin are strengthening this team even more...I can kinda see why this team has 78 wins and is leading the conversation.

And it's really a case of everything this team has been doing for years is still working and getting better. Julio Urias has been the one constant in the rotation this year with injuries to Walker Buehler and Clayton Kershaw, and he's been doing extremely well, with a 12-6 record and a team-leading 117 strikeouts. And he's the one guy everyone expected to be awesome out of these awesome pitchers. Anderson is 13-1, which is pretty awesome by itself, and he's having an incredible year off of his strong 2021. Gonsolin is 14-1, which is just as crazy as Anderson's, and has a 0.885 WHIP. And meanwhile, Andrew Heaney has a 0.64 ERA. Yes, in 6 starts, but still.

Yes, the fairly unexciting Ryan Pepiot is the 5th man, but when your 5th man still has a 3.92 ERA, you're still doing pretty well. I honestly preferred Mitch White, but you do you, Dodgers.

The elements that weren't working on this team are beginning to click into place. Max Muncy is getting really hot, and has accumulated 13 home runs. Bellinger similarly has 15 home runs and is a bit more reliable than he was. Even Justin Turner, though limited, is getting stuff done in a DH role. And the bench is at least a bit more lively now that Trayce Thompson is a proven power bat.

The goal, like usual, will be for the Dodgers to outweigh the hype. This team looks good and has been excellent, but this team has been good in the regular season before without winning it all. If they can outweigh even the guys who catch fire now, it'll be a real statement for this team, who's been in the picture for years. If they can get more than one ring...then people will shut up.

Coming Tonight: Third baseman who got a bit of an attendance upgrade.