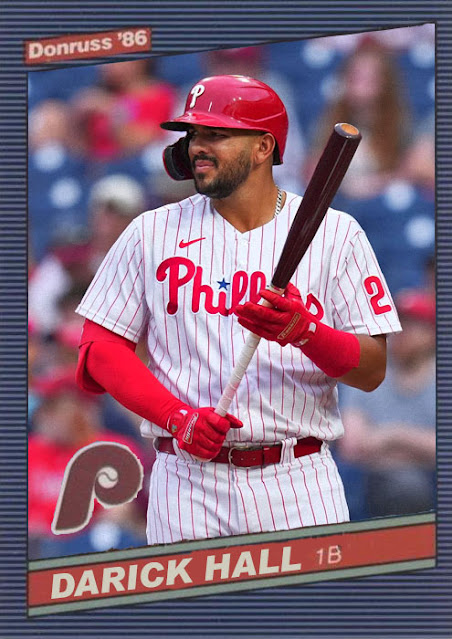 Okay. So we can no longer play this game with Tatis and San Diego, so let's play this with Philly. The Philadelphia Phillies have been excellent since the All-Star Break. They played the deadline very smartly, have gotten 3 strong starts out of Noah Syndergaard, have been reaping the benefits of this rotation, have Edmundo Sosa making web gems all over, and have Rhys Hoskins, Darick Hall and now Nick Castellanos all hot as hell.

In a couple weeks, Bryce Harper is going to come back. And they're going to get even better.

There. I can say that because Harper's not gonna do something stupid like take the wrong medicine for something. Worst he can do is re-injure the thumb, I like to think Harper's smarter than that but I also don't know a lot of stuff. I just know that Harper's been incredible all year, even in the DH position, and getting him back for the stretch might make us a playoff team again.

I also just think about what the lineup's done without him, and I'm just thrilled. This was the season where we needed Rhys Hoskins to step up after 2 years of missing time with injuries, and he totally has, with 26 home runs and 59 RBIs. I've worried about his ability to live up to the hype of his rookie season, and he's finally proven himself to be a solid, reliable star player, and it's about time. Darick Hall has also been filling the DH position admirably, with 9 homers and 16 RBIs in 35 games. It's also nice to finally have the lineup security of people like Castellanos, Realmuto, Nick Maton, Alec Bohm [defensive errors notwithstanding] and Garrett Stubbs, who got in on the fun the other night with a massive homer.

Plus, I just feel really confident about this pitching staff. I know the bullpen usually burns us because...I dunno, something in the air, but this bullpen has been really nice so far. Seranthony Dominguez is delivering 2019 levels of dominance, and I'm happy to see it. Brad Hand, though not quite the closer he was, is still pretty strong in middle relief. Connor Brogdon has been an understated menace for opposing offenses. And now we have David Robertson, who is healthier, stronger and more thoughtful than he was during his last stint in Philly. Robertson already has 2 saves and hasn't allowed a run yet, he's a solid solution to the closing pitching problem that has plagued this team for a while.

I know there are still worrying details, like the outfield defense issues, and little things like dropping a game to Cincinnati yesterday, but I feel better about this team than I have about a lot of recent Phillies teams. If anyone has a chance of breaking the drought, it's these guys, though the Brewers, Braves and Padres certainly won't make it easy for them.