Captain of the Guards 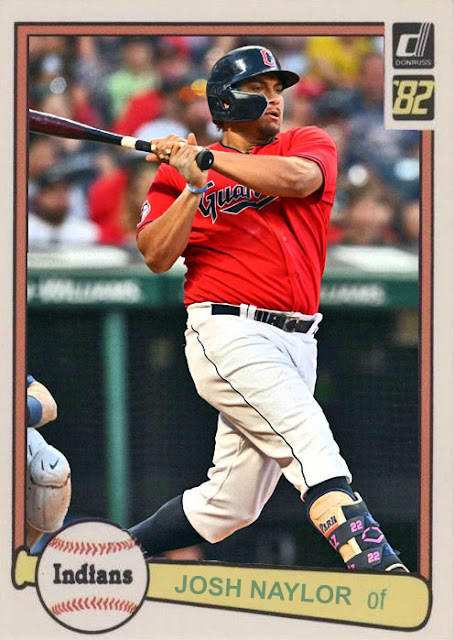 In June, the Cleveland Guardians were working on a major coup against the Minnesota Twins, and were inches away from taking the division from them. Then they had a major losing streak, dipped around .500 again and the Twins kept the division.

Now, the Guardians have succeeded where they failed two months ago. The Guardians have a 3 game lead over the Twins, who are sinking fast. The elements of this team that had begun to show up earlier this year are making them belong in first. Josh Naylor, who's struggled with injuries lately, is a big piece of this team, and has 57 RBIs and 15 homers. I had waited for a full season for Naylor to really prove himself, and this seems to be the one. And plus, he's a small part of a big effort to succeed, instead of being a sole outward force, like he had been in 2019 and 2020. I just think he's a fun player, and I think he's one of many fun stories [McKenzie, Gimenez, Anthony Gose] lurking around this Guardians team.

You're also beginning to see even more prospect types work their way up. Nolan Jones and Tyler Freeman are up in the majors and have been doing pretty well so far. With the extra infield spot now that Reyes is gone and Naylor can play DH, Freeman and Owen Miller are hopping in. Oscar Gonzalez and Jones sort of have a rookie platoon going in right field. Hell, Steven Kwan is still providing some incredible contact offense support on the other side of the outfield. The oldest people in this lineup are Jose Ramirez and Austin Hedges, and everyone else is just young, or a second year, or a rookie. Hell, Franmil Reyes was only 26, which is odd to me.

The rotation's young too, everybody's 27 except for the 24-year-old Triston McKenzie, and they're all still doing really well. Shane Bieber isn't to his 2020 and 2021 heights, but he's got a 3.18 ERA and 140 Ks, so that's not bad at all. The entire rotation has stayed intact and healthy, save for Aaron Civale, the whole season, and it's been nice having 4 guys who've made their 21 starts AND are doing well. Plesac's 2-10 and he's still having a nice season. Even with the youth, there are so many pieces of this team hitting their peaks and having amazing seasons at the same time, and that's something I didn't think would happen in Cleveland for a few more years.

The issue will be fighting off the Twins as they inevitably hit a second wind in the next month or so, and the White Sox as they make one last push for the division. But I honestly think the Guardians are more confident now than they were in June, and look like more of a contender than they have in a while.

Coming Tomorrow- Every year, this guy has played for a different team. Every one of them has been competitive in some way. Will this be the one he sticks around with?