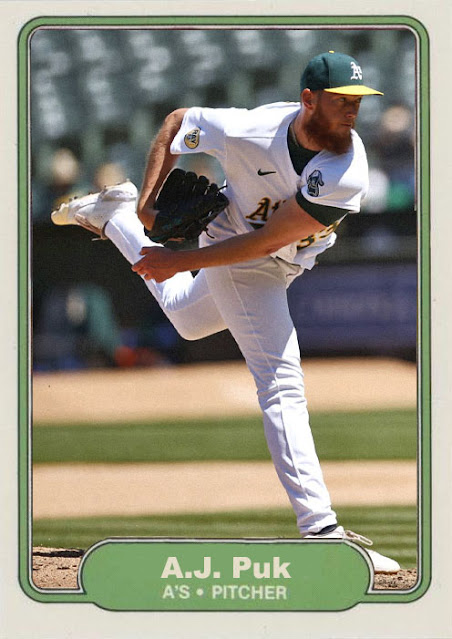 ...the A's really only lost 3 guys this deadline? All of Cole Irvin, Elvis Andrus, Paul Blackburn and Chad Pinder managed to stay in Oakland after the deadline. Miracles never cease.

...not that it's gonna mean much considering the AL West picture is pretty settled, and the A's are still probably finishing in last, but...better than being picked clean.

With a lot of these non-competitive teams, I look for takeaways, things you can at least say teams were able to accomplish despite not making the playoffs. Last year, the Orioles got a 30/30 season out of Cedric Mullins, and the Twins had an MVP caliber year out of Byron Buxton that ended too abruptly. The A's I think will be able to take away that their bullpen reformed itself better than it had in years. I heard the other day that the triptych of A.J. Puk, Zach Jackson and Sam Moll have been scarily on point recently, and the three of those guys plus Domingo Acevedo and ninth-inning man Dany Jimenez, have made for a very impressive mostly-homegrown bullpen. It's even better considering that the A's had been waiting a while for A.J. Puk to reach his potential, and now that he's become an unhittable reliever with a 2.36 ERA, he's proven himself a bit more reliable than his 2019-era rookie duo partner Jesus Luzardo.

Also, the rotation of Cole Irvin, Paul Blackburn, James Kaprielian, Zach Logue and Adam Oller is...not the worst. It's not like the Tigers rotation where they're running out of viable options so they're giving spots to people like Drew Hutchison. There are admittedly people like Oller who are there via circumstance, but...if Adam Oller craps out again they'll plug in Jared Koenig or Adrian Martinez and maybe they'll be ready. It's not as dire as just searching in vain for people who can plug innings. There's lots of young kids willing to give it a try, and for a rebuilding team, that's at least understandable.

And even if I can see promise in the rotation, I can't really see much in this lineup. I see people like Seth Brown or Sean Murphy being backups on better teams in a few years. Same with Andrus, he'll gets some reps somewhere dignified to wrap up his career. I wanna think that the future of this team is with trade returns like Kevin Smith and Cristian Pache but neither of them can hit at the MLB level. Maybe a savior will rise to the surface and make the A's fun again, but it might be a while.

Coming Tomorrow- Hey, isn't it weird that the majority of the Rockies' rotation has stayed together all 6 of these years? Here's one of 'em.