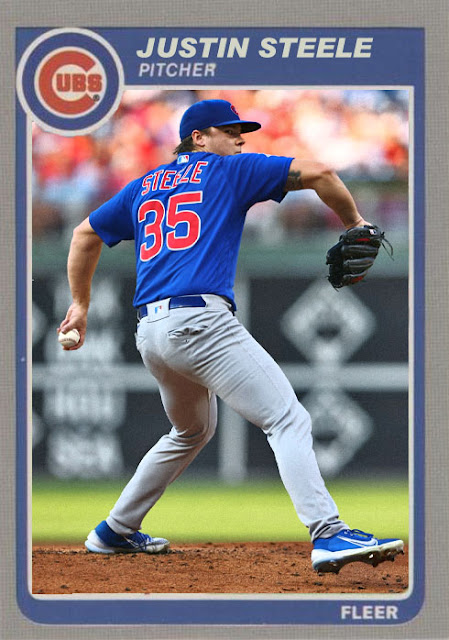 I'll say this about this newest Cubs rebuild- almost all of the key players on this Cubs team are actual Cubs farm products.

Yes, the 2016 World Series team relied upon a ton of homegrown talent, but it's easy to forget that the key piece of that team, Anthony Rizzo, was a player drafted by the Red Sox, traded to San Diego in the Adrian Gonzalez deal, and then traded to the Cubs in the Andrew Cashner deal. The cornerstone of this current iteration of the team for right now is Willson Contreras, who was a Cubs product. As it's likely he'll bounce after this, that right may fall to Nico Hoerner, who was also a Cubs product. And right now, the big rookies, such as Justin Steele, Christopher Morel, P.J. Higgins and, yes, Seiya Suzuki, all came up in the Cubs system.

So at least you can say that. The Cubs may not be doing great right now, but most of what's working is homegrown. In fact, the biggest disappointments of the season, like Marcus Stroman, Andrelton Simmons, Jonathan Villar and, eternally, Jason Heyward, are all contracted players. I know it may still be a few more years before the Cubs come back and compete, but at the very least this season is proving that the farm system can produce gems to refill the team.

Now, it hasn't helped too much, as the team is still well under .500 with little to no chance of making the playoffs, but these farm pieces have been putting a bit more confidence into a shaky lineup. Justin Steele has come forward as a breakout starter, with a 3.43 ERA and a team leading 111 strikeouts in a full season in the rotation. It's honestly pretty rare for a guy that a team takes a flyer on out of camp to be such a backbone in a rotation, but I'm glad the Cubs accomplished it with Steele. They also lucked out with Keegan Thompson, who's mostly picked up where his 2021 left off, with a 9-5 record and 88 Ks. And Nico Hoerner's been having a fantastic season, giving the Cubs reassurance that he can carry the team going forward.

And...honestly, some of the fill-ins aren't too bad either. Drew Smyly's finally achieved something of ratedness, in between his overrated seasons in Tampa and Detroit and his underrated seasons in Philly and Atlanta. And Franmil Reyes already has 11 hits and 2 homers as a Cub, because of course he does.

This is not a good Cubs team, and isn't gonna be remembered, but I definitely see them setting up the dominoes for a future run. May not be for a bit, but this isn't as dire as a lot of rebuilding teams.

Coming Tonight: He got some playing time with the Rays, now he's a trusted corner infield bat with the Rangers.