Are Yu Seeing This? 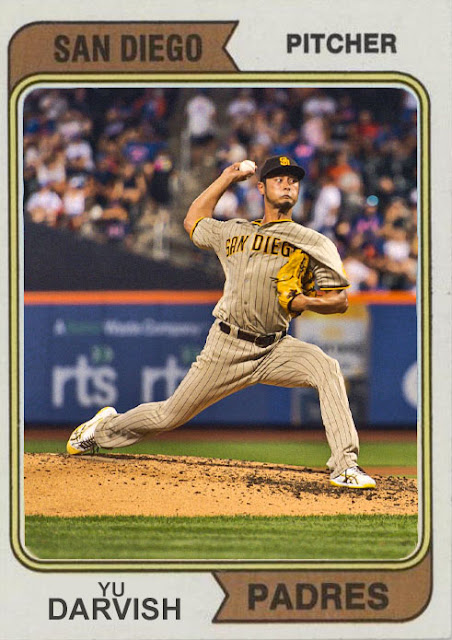 I'm gonna say something honest that a lot of people aren't gonna like.

I would feel worse about the Padres losing Tatis for the rest of the year and most of next year if they didn't have Ha-Seong Kim as a top-shelf defensive shortstop. I know, Fernando Tatis Jr. is Fernando Tatis Jr., the game is worse without him, yada yada, should have checked the label on the pill he took, but...the Padres have gone very far this year without Tatis. Kim is the third-best player on the team in terms of WAR. They're fine. And I know I was just saying last month 'hey, if the Padres are good now with Soto, wait until Tatis shows up'...they don't really need the Tatis bump right now.

This team only has to play one competitive team throughout the entire rest of August. That's enough of a second half bump, I think, Miami series notwithstanding.

What's making this team so deadly right now is the elements of the rotation that weren't working now immediately are. Blake Snell took a while to find his control, he's now striking everybody out and evoking Rays memories. Mike Clevinger took a few starts to find his stuff too but now he's got a 3.47 ERA. Sean Manaea may be a bit shaky ERA wise but he's still striking people out like usual. And, of course, Darvish and Musgrove are doing well. Yu Darvish requires his usual adjustment periods on new teams, but he's currently 10-6 with 141 strikeouts, so it at least led to solid eventual numbers.

Juan Soto, by the way, is hitting .346 with 11 hits, 3 RBIs and a homer in his first 12 games as a Padre. I think people had a feeling he'd get off to a great start with the Padres, as he'd just been under a corporate-mandated black cloud for the last month. He's still elite, and he gels really well with this team. Brandon Drury already has 3 homers with the Padres, even if he's not quite at Reds levels of performance yet. And then the usual core of Manny Machado, Jake Cronenworth, Jurickson Profar and Trent Grisham is surging, Jorge Alfaro is having great numbers as a backup catcher, and they've helped stamp the Giants out of the playoff conversation.

The Padres are, however, third in the wild card race, and they need to be careful that the Brewers and the other hopefuls don't lap them. The Phillies are having a productive series, and the Braves are still on fire, so it's gonna require a similar streaking effort to keep the spot. If not, and they miss out on the postseason for the second year in a row even WITH Soto and co...expect a lot of drama afterwards.

Coming Tonight: A dangerous hitter currently to blame for my team not being able to frigging hit this week.