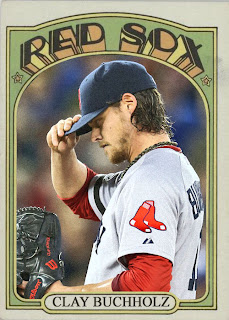 Sorry. Forgive me if I'm laughing over here like Tom Hanks in The Money Pit, but it just feels so good when a rival team gets what's coming to it. Or a rival of any kind. Admit it, you kinda cheered in the theater when Hans Gruber was hurled out the window. Or when Darth Vader threw the Emperor over the edge of the Death Star. It was well deserved, glorious, and people heralded it. Much like the fall of the Boston Red Sox.

Yeah, they had their time. It was last month. Now, the Sox are hurtling downward faster than the aforementioned Emperor. What they're succumbing to is injuries- they've gone through three closers in five weeks, a few starters are getting injured, John Lackey is down for the count again, and a couple other players are being tossed onto the DL like sweaty socks. Hell, even Clay "I swear I didn't pitch dirty on purpose" Buchholz is having a down week. Maybe he's stopped doctoring his balls, or whatever the hell they accused him of doing.

And yeah, I know they'll be back. I know this is a bittersweet victory, but I'm taking it as it is. I know they're just gonna build a new team, exactly the same as the old one, with a lot of the same materials and people manning it. And it's gonna be just as powerful, and just as much of a threat as the last one was. Much like a Death Star.

But still, right now the Red Sox are in third. And I'm incredibly glad that's the case.

(I'm also happy the Blue Jays are in last. MY are they fun to beat.)

Coming Tomorrow- I've posted a custom from each of the 30 teams, except for one, which will get its rep tomorrow, after a 5 game suspension.
Posted by Jordan at 9:44 PM